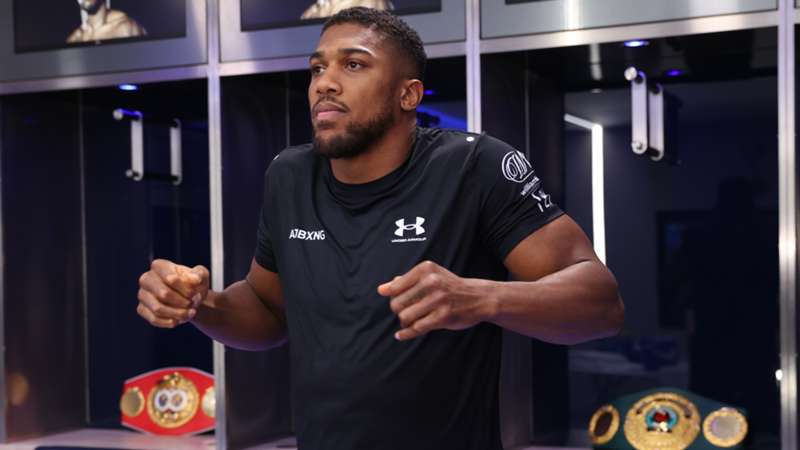 Eddie Hearn told The DAZN Boxing Show that an announcement about Anthony Joshua's new trainer will be made soon.

Former unified world heavyweight champion Anthony Joshua is slowly ramping up preparations for his rematch with WBA, WBO and IBF title holder Oleksandr Usyk, but an announcement is yet to be made when about Joshua's training team.

Following a comprehensive points loss to Usyk last September, Joshua and his team, which includes head trainer Robert McCracken, came under intense scrutiny. As a result, Joshua was spotted in numerous gyms across the US in search of a change in approach for a second fight with the Ukrainian.

Speaking on the latest episode of The DAZN Boxing Show, Joshua's promoter Eddie Hearn revealed that the London 2012 gold medallist is excited for camp and an announcement on his training team is not too far away.

"In the next three or four weeks, it'll be time to enter camp and I'm sure we'll make an announcement about who's on the team.

"It's a camp which is going to be very important for his career and one he's very excited about."