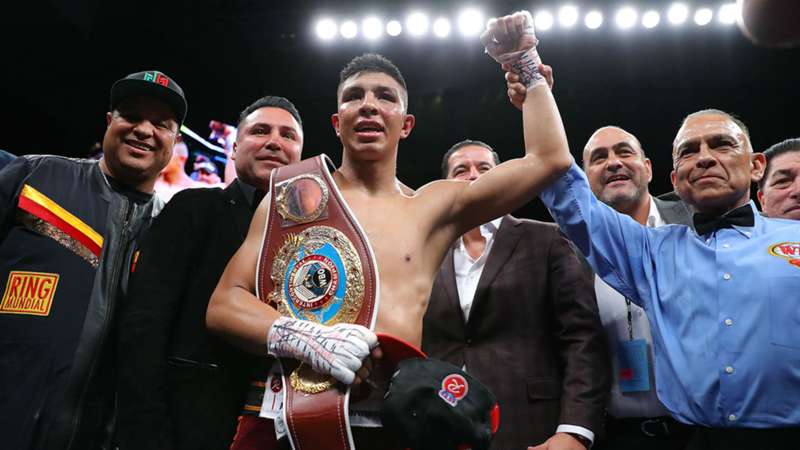 It's been a long and winding road for Jaime Munguia to make his return to the ring. But it finally occurs on Saturday when he meets former middleweight title challenger Kamil Szeremeta on Saturday from the Don Haskins Center in El Paso, Texas. The show will be streamed live exclusively on DAZN worldwide, excluding Mexico.

Initially, Munguia was set to face Maciej Sulecki on April 24. Sulecki pulled out, and D'Mitrius Ballard stepped in to challenge Munguia one day earlier on April 23. Unfortunately for Munguia, Ballard suffered an injury and also had to bow out. Munguia was pulled from the date and rescheduled to return on Saturday. The fight with Sulecki was rebooked, and things appeared to fall into place. However, it wasn't meant to be as Sulecki withdrew, which led Szeremeta to step in on short notice.

Despite opponents and dates changing, Munguia is taking everything in stride and is just champing at the bit to get back at it.

"I have a lot of experience when it comes to opponent changes," Munguia said in a press release. "Obviously, it's different at this level because the preparation is stronger and more strategic. However, I take it very calmly, and we are going to make the necessary adjustments to walk away with our hand raised in victory on June 19."

Szeremeta makes his 2021 debut. He suffered the first setback of his professional career his last time out, losing via seventh-round TKO to IBF 160-pound champion Gennadiy Golovkin in December. Now, the native of Poland looks to shed the disappointment of the Golovkin fight and notch his most significant victory.

"I am delighted to be returning in such an important fight against Jaime Munguia," Szeremeta said. "I understand the situation. Fight night is less than two weeks away. However, I've been preparing for an opportunity like this, and I will make sure to take advantage of it. This June 19, I will score the upset against Munguia."

Can Munguia overcome the adversity to get here and stay focused on his journey towards a middleweight title shot? Or will Szeremeta step up to the plate on short notice and derail those plans?

Here is everything you need to know about Jaime Munguia vs. Kamil Szeremeta.

The Jaime Munguia vs. Kamil Szeremeta fight card takes place on Saturday, June 19 at 3:30 p.m. ET. Munguia and Szeremeta are expected to make their ring walks at approximately ​6:00 p.m. ET, although that depends on the length of the earlier bouts.

Munguia and Szeremeta will have their middleweight clash on DAZN worldwide in over 200 countries and territories, excluding Mexico.

Where is the Munguia vs. Szeremeta fight?

The event will take place at the Don Haskins Center in El Paso, Texas.