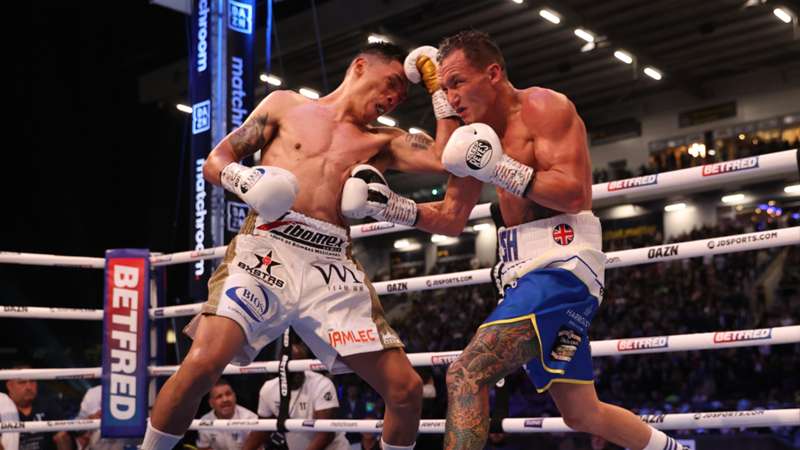 Josh Warrington is preparing to face another dangerous Mexican on Saturday night.

IBF featherweight champion Josh Warrington will be hoping to end 2022 with an emphatic win on Saturday night when he welcomes Mexico's Luis Alberto Lopez to the First Direct Arena in Leeds.

Lopez, who is a unknown talent to many fans, will be looking to replicate what his fellow countryman, Mauricio Lara, did to Warrington last year, briefly de-railing 'The Leeds Warrior's' plans to secure a big trip to the United States.

Lara managed to stop Warrington in February 2021 before the pair's rematch seven months later was stopped in the second round due to a cut over the Mexican's left eye which forced the ringside doctor to call a halt.

Reflecting on the loss to Lara, Warrington admits that he was complacent going into the contest, but he didn't let the loss affect his confidence.

"It was a bit of a wakeup call was Mauricio Lara – the first one. I let my guard down. I had the Lara defeat and then all of a sudden it was, ‘He’s finished, he’s had his time in the sun’," Warrington said.

"That’s not the case. It was only a short time in the sun and I feel like I was just getting going."

In Lara's eyes, there is still unfinished business between him and the 32-year-old. After his third round stoppage win over Jose Sanmartin in October, Lara called out Warrington in his post-fight interview and expressed his desire to retire the current IBF featherweight champion.

Warrington however is not fazed by Lara's recent comments and believes he has all the tools to beat him if the two were to meet for a third time.

"People say he’s dangerous and he’s my boogeyman – f—k that, I know that with my head on it I can beat him easy. W—ker isn’t he, f—ing w—ker. I went from number one in the world with Ring Magazine, BoxRec and all of this. I lost to him and then I was down in eighth and ninth.

"They were saying I was done. Guys who a few years ago when I won the world title were nowhere to be seen. Now all of a sudden, they were above me. How does that work out?

"Keep on f—ing doubting me. I wasn't supposed to win the British title but now I'm a two-time world champion."