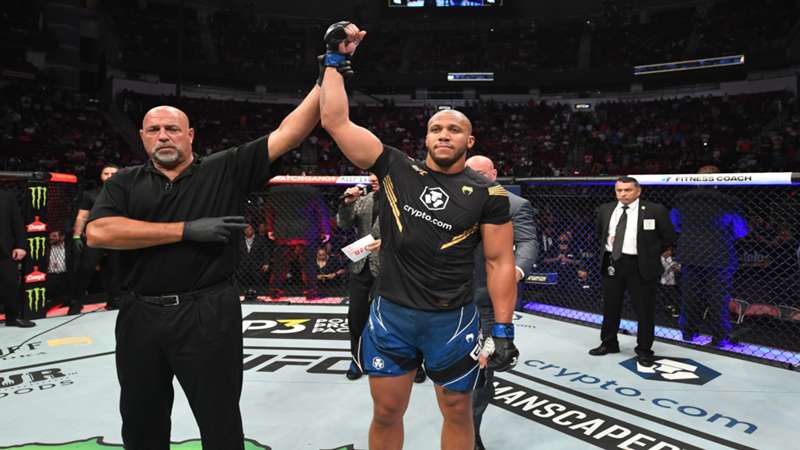 Getty Images
All Gane vs. Tuivasa odds can be found at DAZN Bet

Cyril Gane and Tai Tuivasa's heavyweight matchup headlines a stacked card when the UFC makes its debut in Paris on Saturday night.

Gane will be looking to get back to winning ways in front of his home crowd after losing on points to Francis Ngannou at UFC 270 earlier this year, but Tuivasa will be no walkover.

After taking a one-year sabbatical in October 2020, the Australian contender has produced five stoppage wins and is now vying for a world title shot.

What lies ahead for the winner is still unknown with the heavyweight rankings a little jumbled, but whoever is victorious in the French capital will be in cotention for a title shot regardless.

(All odds via DAZN Bet)

For Tai Tuivasa, this is a huge step up in opponent. However, while this maybe the toughest test of his career so far, he certainly has the power to trouble Cyril Gane.

But Gane is someone who is hard to catch. If Derrick Lewis and current UFC heavyweight champion Francis Ngannou struggled to land a meaningful blow on the Frenchman, Tuivasa is likely to encounter the same problems.

Gane's slick footwork and ability to hide shots will put him a strong position in this fight, but he cannot allow Tuivasa to cut off the cage, otherwise the former heavyweight title challenger could find himself on the wrong end of Tuivasa's power shots.

As ever with the heavyweight division, anyone can knock anyone out, but I can see Gane's experience shining through and stopping a tired Tuivasa in the later rounds.

Astbury's pick: Cyril Gane in round 4