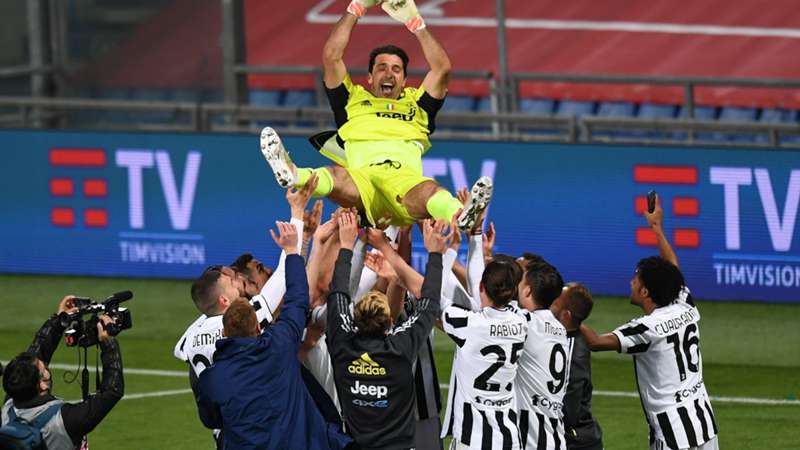 Gianluigi Buffon has had a remarkable time in football, here DAZN takes a look at the Italian goalkeeper's illustrious career.

Gianluigi Buffon made his Parma debut in 1995 against a quality AC Milan side that featured Roberto Baggio and George Weah. At the age of 17, Buffon would keep a clean sheet against the formidable strike duo as he grabbed all the headlines at the start of a career that would go on to become legendary.

In his time at Parma, Buffon helped the club cement the place as serial challengers to all domestic trophies as well as helping his side push on in European competition. In 1999, Buffon was in superb form as Parma completed a brilliant cup double by winning both the Coppa Italia and UEFA Cup. His displays were beginning to grab the interest of Europe’s biggest sides.

In the summer of 2001, Juventus beat off Roma to capture the signature of Buffon for what was then a world record fee (52 million euros) for a goalkeeper. The price tag raised a few eyebrows but it was obvious early into Buffon’s time at Juventus that it was money well spent.

Settling into the side smoothly as a replacement for the Fulham bound Edwin Van Der Sar, Buffon, along with former Parma teammate, Lillian Thuram, gave Juventus’ defence a solid feel as they chased the biggest honours available.

In 2006, Buffon had a mixed year filled with highs and lows as misery with Juventus was quickly overridden by joy with the national team. His club were relegated following match fixing allegations but shortly afterwards, Buffon was a hero as Italy won their fourth World Cup following a penalty shootout victory over France.

Despite receiving multiple offers to play his football elsewhere, Buffon was one of the few players who remained loyal to Juventus in their quest to return to the summit of Italian football. This gesture awarded him a place in the hearts of Juve fans as they made a swift return to Serie A.

After finding their feet back in the big time, Juventus would have to wait a number of years before becoming Kings of Italy once more. Their first Scudetto since winning promotion came in 2012 and Juventus would add to that every season until 2020-2021 when Inter Milan took the crown. However, for Buffon, his time at the club ended in 2018 when he moved to France with Paris St Germain.

Sharing goalkeeping duties with Alphonse Areola, Buffon, for the first time in his career, was no longer a first choice in the French capital. Despite trading the spotlight, success would still arrive for Buffon as his short and uneventful spell in Paris would see him win a league title.

Returning to Juventus after one season in France, Buffon was essentially now an understudy to the preferred choice of Wojciech Szczesny. There were a number of notable performances back in his beloved Juventus shirt but despite the lack of playing time, Buffon did manage to add yet another league title to his growing medal collection.

26 years after it all began, Buffon is back at Parma. There were several interested parties willing to take the Italian veteran but a return to his first club was his priority as he looks to help his childhood club back to Serie A.