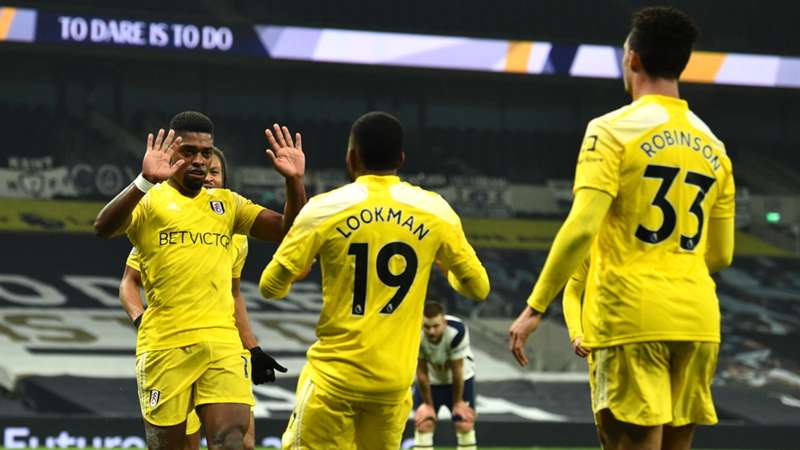 City go third with victory on Wednesday, while Spurs remain outside the Premier League top four for now.

Both Manchester City and Tottenham Hotspur required wins on Wednesday evening in order to keep the pace with the Premier League's top four — and only one of them pulled it off.

Pep Guardiola's City edged out Brighton and Hove Albion 1-0 at the Etihad courtesy of a fine strike from Phil Foden. Raheem Sterling had the chance to put the score beyond doubt with a stoppage-time penalty at the end, but was unable to convert.

Jose Mourinho's Spurs, on the other hand, fell into the familiar routine of taking the lead before failing to see out the result as they drew 1-1 at home to Fulham.

Substitute Ademola Lookman changed the game upon his arrival, eventually setting up Ivan Cavaleiro for the equaliser and almost teeing up Ruben Loftus-Cheek to win it.

Re-live all of the major action from Wednesday's double-bill below.

facebook twitter whatsapp
And there's the opener, on the stroke of half-time! KDB plays it to Foden, who looks as though he has nowhere to go with the ball... so he simply picks out the bottom-left corner with a great drive! 1-0

34' City put on the pressure

facebook twitter whatsapp
The hosts are going through the gears up to full throttle now, as Mahrez and Gundogan panic the visitors with deliveries across the goalmouth that come to nothing.

The Albion side who’ll take on @ManCity tonight at the Etihad.

Here's your City line-up for this evening! 💙

facebook twitter whatsapp
Gundogan and KDB play the ball between one another before the former puts the latter through... however the angle is tight and De Bruyne is unable to get his shot past Sanchez in goal, who makes a good stop.