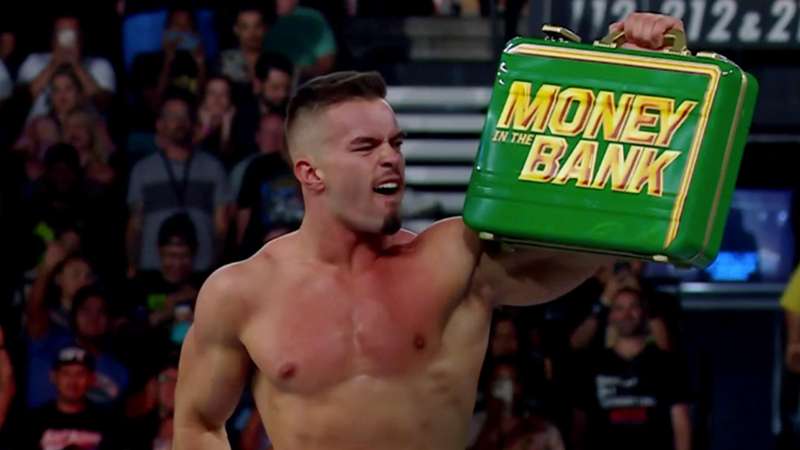 The next premium live event by the WWE rolled into "Sin City" on Saturday as Money in the Bank took place from the MGM Grand Garden Arena in Las Vegas. Despite no WWE undisputed champion Roman Reigns, Brock Lesnar and Cody Rhodes, Money in the Bank delivered top to bottom.

After Ronda Rousey had beaten Natalya in an excellent technical match to retain the SmackDown Women's Championship, Morgan's music hit. She ran down to the ring and told the referee she would cash in. The referee rang the bell, and Rousey nearly escaped when she locked in the ankle lock. Morgan looked to be on her way to tapping out. But she escaped and rolled up Rousey to win the belt with the crowd erupting in jubilation.

Then in the main event of the show, Theory, who was added at the beginning of the contest by WWE official Adam Pearce after losing his United States title on the show, beat Riddle, Seth Rollins, Drew McIntyre, Sheamus, Madcap Moss, Sami Zayn and Omos to win the Men's Money in the Bank ladder match. The air was taken out of the crowd at the finish of the match of what had been an eventful show.

Also on Money in the Bank, Bianca Belair retained the Raw Women's Championship over Camella, and The Usos defeated The Street Profits to remain the undisputed WWE Tag Team Champions in what was the best WWE tag team match in 2022.

Here is what happened at WWE Money in the Bank 2022.

facebook twitter whatsapp
Welcome to DAZN's live coverage of the 2022 edition of WWE Money in the Bank. The show delivers every year, and this year should be no different.

Stay locked in as we will have updates, results, and highlights throughout the show.