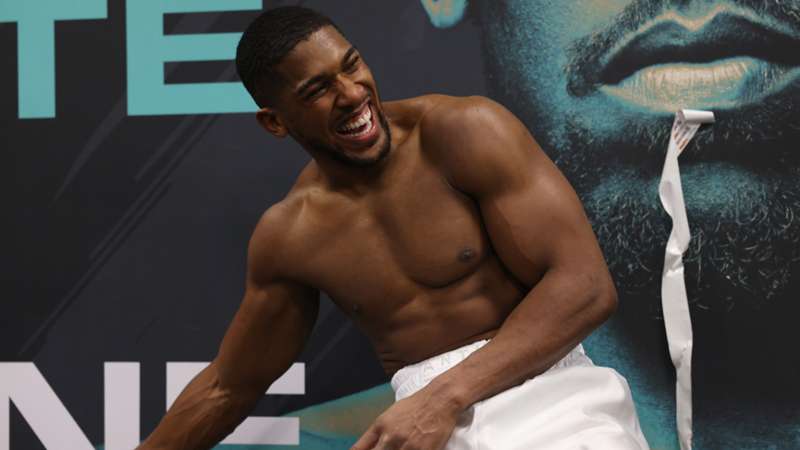 The prospect of a undisputed title fight going ahead appears no closer.

Anthony Joshua promised that he would do everything he could in order to ensure his long-awaited fight with Tyson Fury finally goes ahead.

The 31-year-old three-belt champion was expected to fight WBC belt holder Fury in Saudi Arabia this summer but the event fell through when Fury was told to fight a trilogy rematch with Deontay WIlder after losing an arbitration case.

That fight was originally planned for July, but a Covid outbreak at Fury’s camp put the bout back to October, and Joshua was in turn mandated to fight challenger Oleksandr Usyk by the WBO. That fight is scheduled for next weekend, September 25, at Tottenham Hotspur Stadium.

Rumours persist over Fury vs. Wilder and if it will even go ahead, and there are growing questions whether Fury will ever meet Joshua in the ring to decide the title of the undisputed heavyweight championship.

Speaking to the Daily Mail, Joshua remained convinced the fight would one day go ahead.

“We were meant to have fought by now and here we are talking about it,’ he said.

“But it will happen. I know what people are saying about boxing politics, but I’ll promise before the end of my career I will have done everything in my power to fight Tyson Fury.

“We saw it with Floyd Mayweather and Manny Pacquiao (not fighting until they were beyond their primes) but that was a superstar fight.

“Me and Fury is streets, two warriors, two fighters who have come from the amateur system in the UK, and have taken the world by storm. We’ll get it on in Britain.