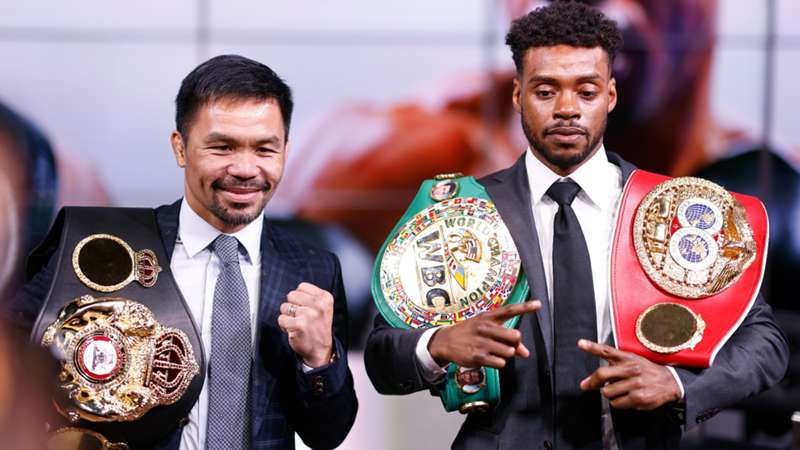 The welterweight pair are preparing for the potential fight of the year.

Felix Trinidad believes that Manny Pacquiao is in with a chance of beating Errol Spence Jr.

Pacquiao is coming back into competitive action as a 42-year-old ‘champion in recess’ but will not be defending any belt in the August bout.

However, 31-year-old Spence will put his IBF and WBC welterweight straps on the line.

While that age difference has led many to favour Spence over the Filipino senator - coupled with his sabbatical - few are willing to discount Pacquiao given all he has achieved over the past three decades.

Trinidad believes that one way for Pacquiao to win would be to force a judges’ decision and hang in for all 12 rounds.

“If that fight goes to a decision…if It goes to decision… wow,” he waxed mesmeric to the DAZN Boxing Show.

“Manny Pacquiao has a chance to win by decision.”