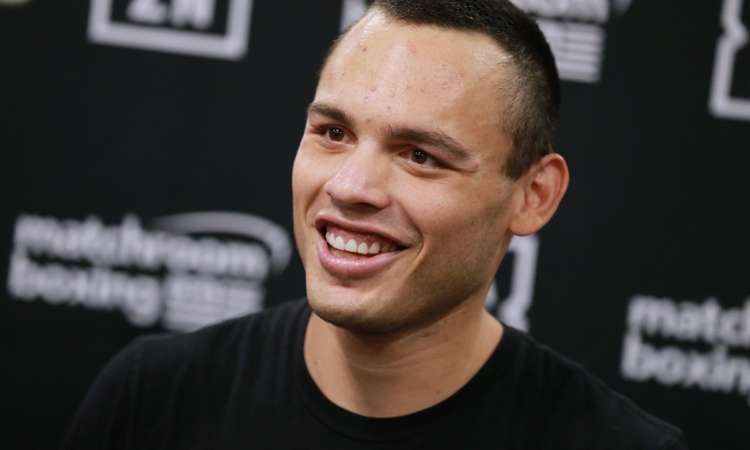 Everything you need to know about how to watch the boxer take on the mixed martial artist in the sweet science.

Julio Cesar Chavez Jr. vs. Anderson Silva is already wacky and the fight hasn't even started yet.

During Friday's weigh-in, Chavez registered 184.4 pounds on the scale, as he was 2.4 pounds overweight for his bout against former UFC champion Anderson Silva. Chavez had to forfeit $100,000 to Silva due to missing the contracted weight of 182 pounds.

That's the groundwork for Chavez Jr. entering the ring to face Anderson in a card that's billed as a "Tribute to the Kings" in Guadalajara, Mexico on Saturday night. The card also includes a special exhibition bout between the legendary Julio Cesar Chavez Sr. and Hector Camacho Jr., the son of late boxer Hector Camacho, who Chavez Sr. defeated via unanimous decision back in September 1992.

Chavez Jr.'s problems on the scale date back to September 2013 and continue to be a self-inflicted thorn by his side.

How Chavez Jr.'s latest weigh-in infraction affects him remains to be seen, but one would think that he'll enter the fight with an advantage due to his boxing experience against an MMA star. A legend in the Octagon, Silva is 1-1 in the boxing ring.

Here's everything you need to know about how to watch the unique Chavez Jr. vs. Silva card.

When is Chavez Jr. vs. Silva? Date, start time

The Chavez Jr. vs. Silva main card pay-per-view launches at 9 p.m. ET/2 a.m. BST on Saturday night. Chavez Jr. and Silva are expected to make their ring walks at approximately 11:30 p.m. ET/4:30 a.m. BST, although that depends on the length of the earlier fights.

What channel/stream is Chavez Jr. vs. Silva?

The Chavez Jr. vs. Silva pay-per-view can be ordered and live streamed via FITE.TV for $39.99. Check Fite.TV for any geographical restrictions in your country.

Where is the Chavez Jr. vs. Silva fight?

The pay-per-view event takes place live from Jalisco Stadium in Guadalajara, Mexico. Chavez Jr. has fought in his native country many times. However, this will mark Silva's first pro fight in Mexico.