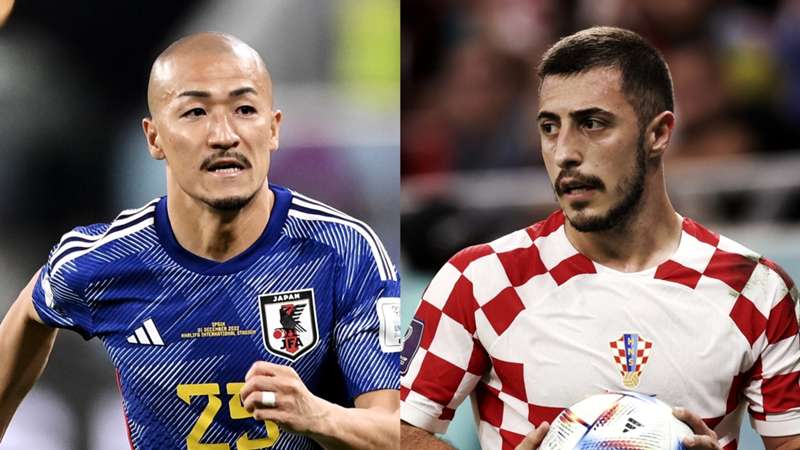 Group E was perhaps the most unpredictable of all at Qatar 2022, with Japan topping a group that also included Spain, Germany and Costa Rica.

All four nations were in with a shot at advancement to the knockouts on the final matchday, but the Japanese rode a frantic few minutes after halftime to defeat Spain 2-1 and claim first place in the group.

Their reward? A meeting with 2018 World Cup runners-up Croatia, who edged past Belgium to claim the second-place spot in Group F. The Croatians haven't found their top gear yet, playing to scoreless draws against Morocco and Belgium and heavily defeating an outmatched Canada, but their pedigree remains and they have a wealth of experience at this level to draw from.

For the Japanese, they'll likely rely on a relentless press and use their athleticism to unsettle their European opposition, which could make for an interesting clash of styles.

Here's everything you need to know about Monday's match.

Japan vs. Croatia: What time is kickoff at Qatar 2022?

Japan vs. Croatia: How to watch on TV or streaming

In Japan, the match is available on Fuji TV and Abema. Viewers in Croatia can watch on HRT.

Japan vs. Croatia: What stadium is hosting the match?

Home to Al-Wakrah SC of the Qatar Stars League, the Al Janoub Stadium features a retractable roof and 40,000 seats.

The stadium design is meant to invoke the history of the Al Wakrah area, and the seats invoke a wave pattern to emulate the sea. Having opened in 2019, the venue hosted the 2020 AFC Champions League final as well as six matches during the 2021 FIFA Arab Cup.

Seven matches will be held at the Al Janoub Stadium during the World Cup, after which it will be downsized to 20,000 seats.