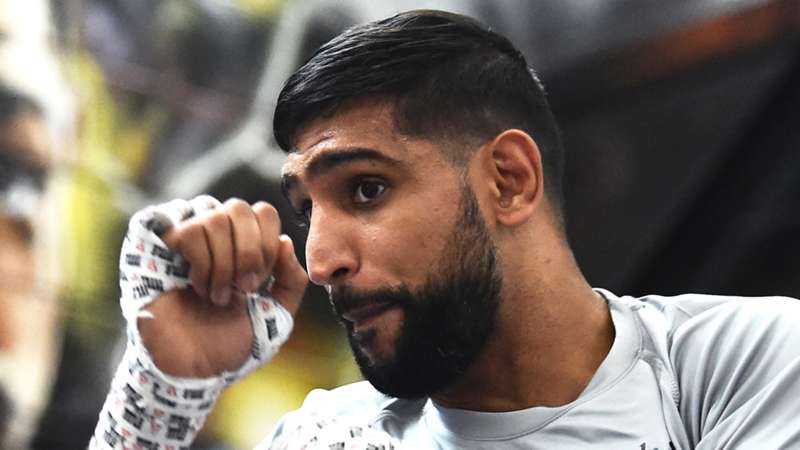 But Crawford had dominated him enough prior to the sudden stoppage and sixth-round TKO for Khan to declare that the WBO world welterweight champion is simply the "best" that the 147-pound division has to offer.

“In the whole weight division, the best fighter in the welterweight division is Crawford," Khan recently told FightHype.com. "Crawford is on a different level when it comes to boxing because, look, I’ve shared the ring with him and I know how his IQ is so high, his speed is good and the power is there. So, he’s got everything. It will be very hard to see a fighter beat him.

“The fight I would love for him to have is Crawford vs. (Floyd) Mayweather (Jr.)," added Khan. "What a fight that would be because you’ve got two technical all-around fighters.”

While that later wish might just be a pipe dream, what's more realistic is Crawford facing off with unified IBF/WBC world welterweight champ Errol Spence Jr. Cementing that bout between the two undefeated champions when the coronavirus outbreak subsides would entail Top Rank, which represents Crawford, and PBC, who Spence fights under, coming together and striking a deal. The two companies have had nothing short of a frosty relationship in the past, as Top Rank's Bob Arum and PBC's Al Haymon haven't been able to see eye-to-eye.

That being said, Khan believes that "Bud" would emerge victorious if the two clash.

“I think Crawford," Khan said, giving the WBO titleholder the slight edge. "No disrespect to Spence — Spence has power, he’s a good boxer as well — but I feel with Crawford, he has that extra edge on that fight with his movement, his slickness ...

"It just depends on how (Crawford) is gonna deal with a southpaw, and a big heavy, strong southpaw," Khan continued. "It’s hard to call that fight. I think it’s a brilliant fight but I edge more towards Crawford. But I just don’t know what Spence is going to pull out of the bag, you know what I mean?”

Spence hasn't fought since his split-decision victory over Shawn Porter in September. He suffered a devastating single-car crash in October and recovered well enough by December to target June for his return to the ring. But that was before the COVID-19 global pandemic, which could very well alter those plans, as it has already wiped boxing and the sports world clean of many scheduled events.

When Crawford fought Khan, he dropped the British fighter in the first round and was dominating his way toward victory before the controversial low blow ended the bout in the sixth round. Crawford later asserted that Khan was looking for a way out.

Khan returned to the ring in July and scored a fourth-round TKO of Billy Dib.