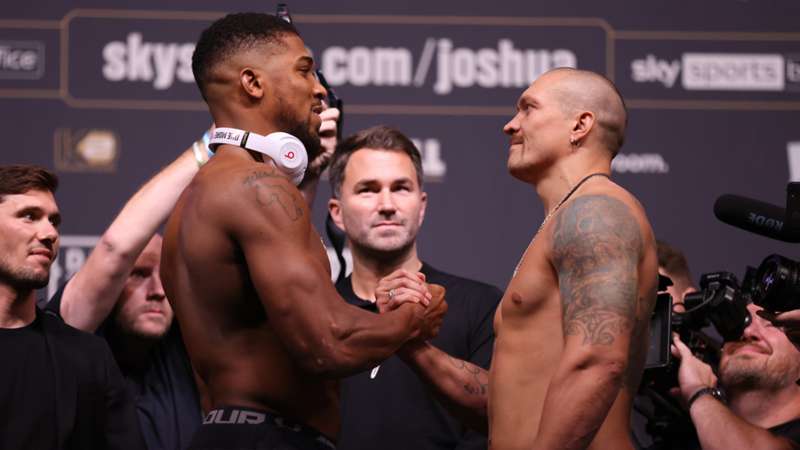 Derek Chisora has seen everything in the crazy world of heavyweight boxing, but while the curtain is slowly falling on his career, the 38-year-old is backing Anthony Joshua to revive his.

After losing his WBA, WBO and IBF heavyweight titles to Oleksandr Usyk last September, Joshua has been bombareded with criticisms about his boxing ability.

The London 2012 Olympic gold medallist is now looking to avenge his loss to Usyk with a rematch rumoured for April and Chisora is backing his fellow countryman to become a three-time world heavyweight champion.

"I think AJ wins that second time around," Chisora told TalkSPORT when asked about who would come out on top in Usyk vs. Joshua 2.

“When I spoke to him I asked him if he watched the fight back, he said he only watched four rounds because he didn’t like the way he boxed.

It's not just Usyk who Chisora thinks Joshua can beat, he also believes that his fellow countryman can beat the current WBC world heavyweight champion Tyson Fury.

"Fury doesn’t have a power punch, but he’s got the knowledge of boxing. When you box Tyson Fury, if he steps backwards, you instantly step forward and you’re already in his range," Chisora said.

"If he steps forward and you go backwards you’re still in his range because of his reach. You can’t run away!"

When explaining why he thinks Joshua will beat Fury, Chisora said the following: "I’ll go with AJ. AJ’s power punch is unbelievable.

“If AJ fights Fury, he has to go on him straight away, blast him out. He can’t box him. If he boxes with him, he loses.

“If you give Fury time on the ball then you’re in trouble.”