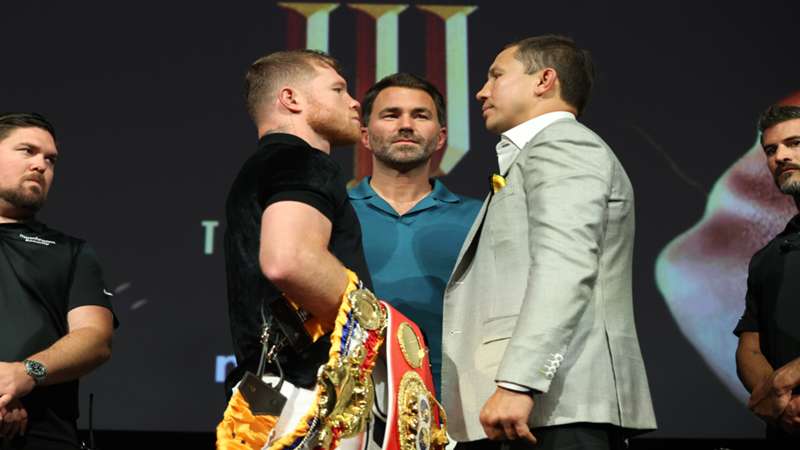 Melina Pizano/Matchroom Boxing
Check your region for Canelo vs. GGG 3 on DAZN

Canelo Alvarez will stop Gennadiy Golovkin in the fight’s middle rounds. That’s the verdict of Bernard Hopkins, the former middleweight and light-heavyweight ruler, who expects Canelo to make an emphatic statement next month.

Canelo meets ‘GGG’ for the third time on Sept. 17. Though the first two contests were close, Hopkins expects a routine night for the Mexican icon.

In 2017, many believed that Golovkin had done enough to defeat his great rival as he produced a stunning display before the bout was announced as a draw. Canelo improved to take a tighter verdict the following year, but Hopkins, a two-weight world champion and Hall of Famer, is tipping Canelo to get the job done in style.

“It’s going to be interesting to see two guys that are a few years older and not as young as they were,” said Hopkins when speaking to Little Giant Boxing. “I think there’s going to be more blows coming from both sides. I’m picking Canelo by stoppage by the sixth or seventh round.