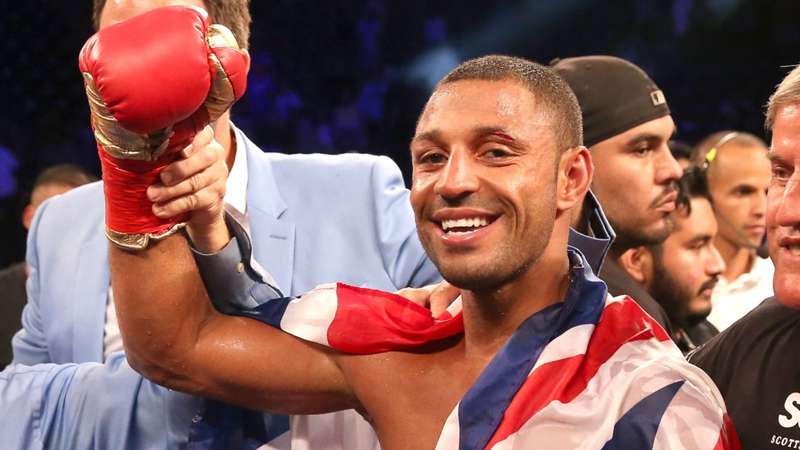 Kell Brook has been linked with a fight against Chris Eubank Jr following his victory over Amir Khan last month.

Ever since Kell Brook's win against domestic rival Amir Khan last month, talk of retirement for the former IBF world welterweight champion has slowly faded away.

Brook felt invigorated following the victory and now believes he may have one or two 'big fights' left in him.

One of the names Brook has been linked with is Chris Eubank Jr, however, if these two were to go head-to-head, the issue surrounding weight will have to be resolved.

Speaking to Sky Sports, promoter Ben Shalom believes Eubank Jr will have to come down from the 160lb middleweight limit.

"The fight is very realistic, but only if they are both realistic about the weight," Shalom said.

"But Eubank Jr also has to be realistic. And that involves coming down to 155lbs."

Brook has fought at middleweight before when he faced Gennadiy Golovkin in September 2016 and lost via stoppage. In the eyes of many fight fans and experts it was the wrong decision and Shalom doesn't expect to see Brook do something similar in the final few fights of his career.

"Brook made a mistake with Golovkin and won't make the same mistake again at this stage of his career.

"He has shown that he is willing to come up again to fight Eubank Jr.

"But Eubank Jr must come down in weight. If he can, it's a huge fight."

There is also a chance the Sheffield fighter could face rising welterweight star Conor Benn according to Shalom.

"Brook has a lot of options now," Shalom claimed.

"He has just won a huge event with a huge amount of interest in it. He showed himself to still be in a very good condition.

"Eubank Jr has fought for world titles, Benn hasn't. Eubank Jr is a bigger name. So you could argue that there is more in it for Brook."