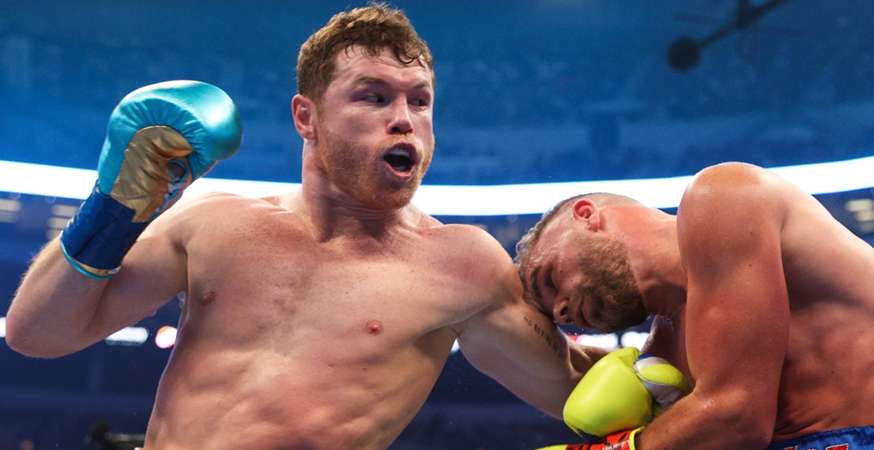 Eddie Hearn has revealed that he has been in talks about bringing Billy Joe Saunders back into the ring for the first time since his defeat to Saul ‘Canelo’ Alvarez.

Saunders took on Canelo in his most high-profile fight, which saw the Mexican shatter the champion’s eye socket in order to secure his third belt at super middleweight, ahead of his November 2021 clash with Caleb Plant to become the undisputed champion at 168lbs.

It had been suggested that Saunders would step away from the sport in the aftermath of the defeat, but Hearn suggested to talkSPORT that he could be coming back for another fight this autumn.

“I have actually, or some people that work with him,” he said.

“I’d like to see Billy Joe back in the ring.

“We’re talking to him about possible fights in September/October.

“He has gotta get back in the gym and take the weight off because he’s notorious for enjoying himself in between camps.

“But he’s a very good fighter.

“Until he broke his eye socket against Canelo Alvarez, he was having a great fight.

“He’s controversial, he’s talented, and of course the Billy Joe Saunders vs. Chris Eubank Jr fight down the road – I don’t believe you’ll see that this year anyway.

“They had a great fight a few years ago, it was very close.

“John’s got great momentum after the Daniel Jacobs fight and hopefully we can get Billy Joe back in the ring.”