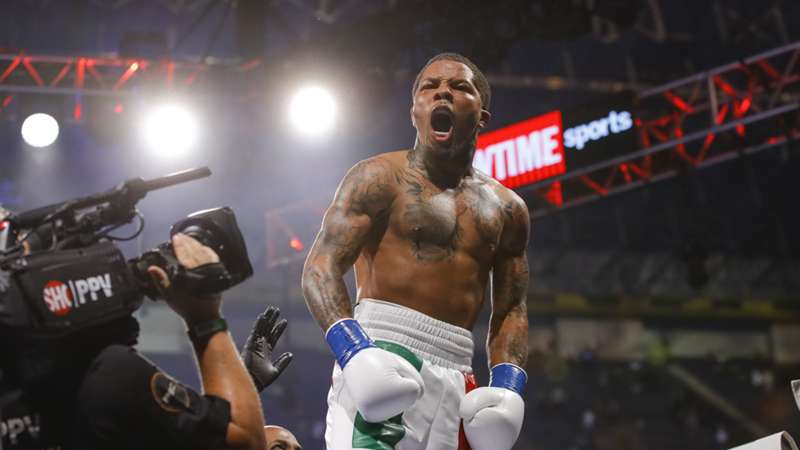 A look at the resume of the hard-hitting Gervonta 'Tank' Davis'.

Love him or hate him, Gervonta 'Tank' Davis is one of boxing's biggest and most exciting names.

Whenever the 27-year-old steps inside the ring, fans are guaranteed fireworks and this was shown with an impressive 16-fight knockout streak which came to an end in his last fight after going the full distance with Isaac Cruz.

However, 'Tank' has reached a crucial crossroads in his career. Saturday's fight against Rolando Romero will be his last under the Mayweather Promotions banner and Davis will be looking to produce an eye-catching performance in order to perk the interest of those who maybe interested in signing him to a promotional deal.

Gervonta 'Tank' Davis made his professional debut at the DC Armory in Washington and a made a statement with a first round knockout win against Desi Williams.

The American's accurate power shots proved to be the difference with Davis stopping the Puerto Rican in the seventh round.

15 months after securing his first world title, Davis was given the chance to win a second super featherweight title against Jesus Marcelo Andres Cuellar for the WBA (super) title. Prior to ths fight, Davis was stripped of his IBF title the previous August after failing to make weight for his fight with Francisco Fonseca which 'Tank' went onto win with a knockout in round eight.

On the night, Davis' power proved too much for his opponent, he knocked down Cuellar in round two with a left hook to the body before two knockdowns in the third forced the referee to stop the fight.

This fight against the multi-weight world champion was 'Tank' Davis' first forray into PPV and he couldn't have wised for a better peformance.

The contest with Leo Santa Cruz only lasted six rounds with Davis knocking out the Mexican with a left uppercut.

The winning punch went viral across social media and was selected as the winner of The Ring Magazine Knockout of the Year award for 2020.