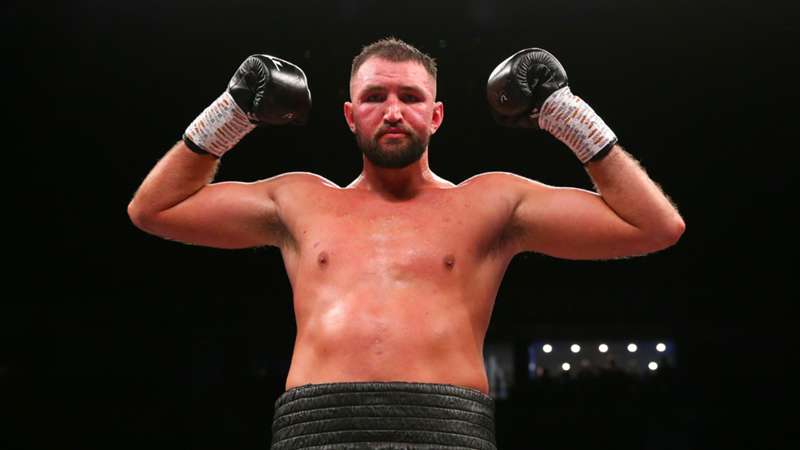 Hughie Fury reminded the heavyweight division that he’s still relevant with a stoppage win over Christian Hammer in Newcastle. The cousin of Tyson Fury is fully aware of what the highest level looks like following close losses to Joseph Parker and Alexander Povetkin, and he’s desperate to return to that platform following his impressive victory over the durable German.

Famed for his toughness, Hammer, a well-travelled veteran, has shared the ring with a number of quality operators and has heard the final bell against the likes of Povetkin, Luis Ortiz and Tony Yoka. Hammer was expected to give Fury rounds but after a torrid start, it appeared he couldn’t wait for the fight to end.

After losing each round convincingly, Hammer’s task was made harder in round five when he was deducted a point for hitting on the break. This disregard of the rules angered Fury who landed several heavy shots on Hammer to increase his position in the fight. When the bell sounded to end the round, Hammer stayed in his corner signalling an injury to his bicep, which handed a deserved victory to Fury.

Elsewhere on the show, Chris Eubank Jr prepared for a potential domestic showdown with Liam Williams by halting Wanik Awdijan in five rounds. After a slow start, Eubank exploded into life in the fifth session and his pressure was enough to make ethe German visitor remain on his stool before round six.

Closing the show, Savannah Marshall made the second defence of her WBO title with a destructive second round stoppage over Lolita Muzeya. The Zambian fighter gave a god account of herself in the fight’s preliminary stages but her industry caused her to lose energy quick and Marshall took advantage by ending matters in the closing seconds of round two.

A full recap from tonight's show can be found below

facebook twitter whatsapp
Savannah Marshall prepared for a huge clash with Claressa Shields by halting Lolita Muzeya in the closing stages of the second round. The Zambian was relentless in the fight's opening round but the incredible pace she set came back to haunt her shortly after as Marshall landed some superb shots to further steal Muzeya's resistance. Can the popular WBO champion now secure a fight with Shields?

facebook twitter whatsapp
Chris Eubank Jr wasted no time in eyeing up his next fight following his win over Wanik Awdijan. All world champions, Liam Williams and Billy Joe Saunders were the fighters he identified for an ideal next target.

facebook twitter whatsapp
It wasn't pretty from Chris Eubank Jr but the Brighton man got the job done against Wanik Awdijan. Eubank's slow start, a trait becoming more common since teaming up with Roy Jones Jr, has robbed the 32 year old of his once famed all action style but there was enough left in the fifth session to make the German think twice about coming out for round six. Eubank will need to be much improved if he's to compete at the highest level again.

facebook twitter whatsapp
Hughie Fury moved forward in his career after Christian Hammer stayed on his stool after the fifth session. The oft-durable German was second best throughout against Fury and the writing was on the wall before the halfway mark as Fury scored frequently and even made his opponent lash out during a break in the action, which cost Hammer a point. Hammer claimed his bicep was injured and that allowed Fury to pick up a victory that can propel him up the rankings.