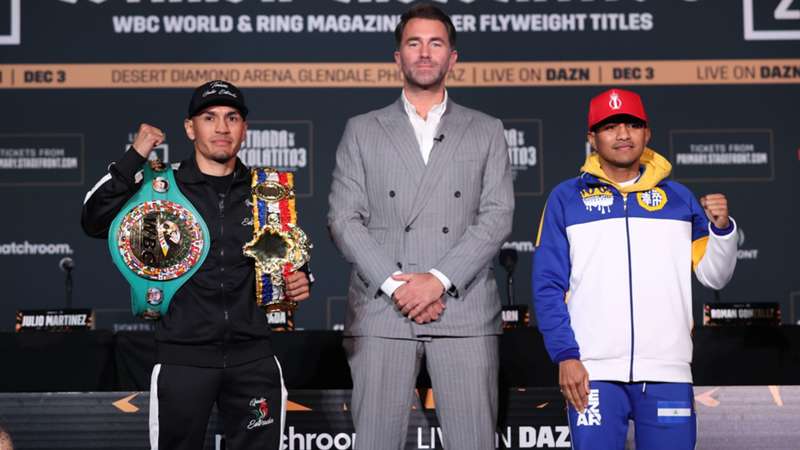 After an action-packed trilogy, why not?

Though Juan Francisco Estrada delivered a more convincing victory over Roman "Chocolatito" Gonzalez on Saturday night, their trilogy was so exciting that it didn't take long for both warriors to discuss a possible fourth clash in their rivalry.

"We trained really hard for this third fight and I think we left the result clear about who the winner was," a victorious Estrada told DAZN's Chris Mannix after claiming the vacant WBC super flyweight title with the majority decision win. "If (Gonzalez) wants the fourth fight, I think we can do it and I think the fans really enjoyed a great fight tonight."

Estrada added: "Like I've always said in my interviews, he's a future Hall of Famer. I won today out of my own merits. It doesn't take anything away from him. I won because I was the better prepared and I think he still has a lot ahead of him in his career."

That being said, though "Chocolatito" told Mannix that it will take a discussion with his family to decide whether he continues his career, the 35-year-old future Hall of Famer did sound open to a fourth fight with Estrada if the money is right.

"Well, as long as they pay well, of course," Gonzalez told Mannix. "That's what we're here for."

Matchroom Boxing's Eddie Hearn said there's "a possibility" for a fourth chapter to be written between the rivals.

"Another sensational fight. Who knows what's next," Hearn told Mannix in the ring following the trilogy. "I have too much respect for both of them. I think there's a possibility in No. 4."

Gonzalez produced a unanimous decision over Estrada in their first clash back in November 2012, before Estrada scored a controversial split decision in their rematch last March. Saturday night's win marked the second straight razor-thin decision that Estrada has notched over the legend.