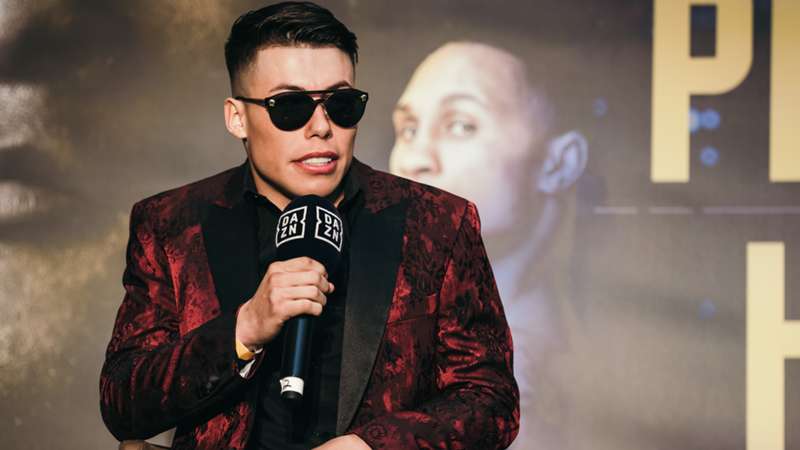 The featherweight is making waves with this clip before his pro debut.

Marc Castro has a shot of going viral before ever stepping into the ring next week for his pro debut.

On Tuesday, DAZN tweeted out a workout video, which shows the dynamic 20-year-old featherweight dodging a 15-pound kettlebell swaying from a dangling rope — all while being blindfolded.

Each time, Castro bobs and weaves, narrowly escaping the swinging weight and he does it based on feel alone. He works his way up to that point by first dodging swaying reflex bags earlier in the footage before taking on the kettlebell, which seemingly would have done far more damage than any boxer could muster had it connected with his head.

Take a look at the clip below.

Castro, fighting out of Fresno, Calif., signed with Matchroom Boxing after becoming a two-time amateur world champion and 17-time national champ, having compiled a 177-7 record as an amateur.

"I feel like the major thing that makes me stand out from the rest and everybody else is I put God first," Castro said in a recent Matchroom video. "I'll bring entertainment and I'll bring a unique style.

"Man, I wish there were fans," he added regarding the effects of the coronavirus pandemic, "but this will do for now."

If his highlights in the ring come close to his blindfolded kettlebell act, those watching from home should be pleased.