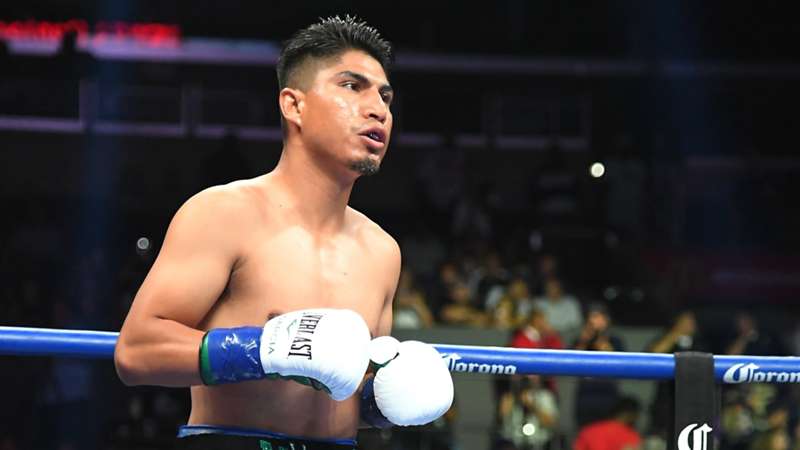 The four-division world champ was shut out by Spence for his first pro loss in March 2019.

Mikey Garcia snuck in a unanimous decision victory over Jessie Vargas on Feb. 29, right before the coronavirus pandemic put a stranglehold on boxing — not to mention the world.

If the four-division champion has his way, he'll be challenging WBA (Super) welterweight champion and boxing legend, Manny Pacquiao, once the COVID-19 outbreak subsides and boxing resumes.

Garcia (40-1, 30 KOs) even has reason to believe that the "smaller" Pacquiao would present less of a complicated threat than Errol Spence Jr., who shut out Garcia soundly via a unanimous decision in March 2019.

“I would love that opportunity to fight Manny,” Garcia told Matchroom Boxing USA president Eddie Hearn during an Instagram Live chat Friday. “I think styles, you know, make fights. And he’s not a tall, lanky fighter that can complicate things like Errol Spence did. Errol Spence is a tall fighter who uses the reach very effectively and height. And, you know, he’s a southpaw, which always complicates things.

“Manny’s still a southpaw, but he’s a lot smaller in size,” Garcia said, comparing Pacquiao to the larger Spence. “So, he’s shorter in height, doesn’t have the reach like some of these other welterweights. So, I think that fits much better to get an entertaining fight with me ... and I think it just fits right.”

Plus, Garcia is further encouraged by drawing on the memories of sparring with "Pac Man" and allegedly more than holding his own against boxing's only eight-division world champ.

“I mean, I remember sparring with him years [and] years ago and I was able to fight in the ways similar to like [Erik] Morales or [Juan Manuel] Marquez, you know boxing, and we did very well," he added. "It was only sparring sessions, but I felt good. I was able to time [him], I was able to use my jab effectively, and that’s why I think that fight makes the best sense right now, to prove to everybody that I can be a world champion at the welterweight limit.”