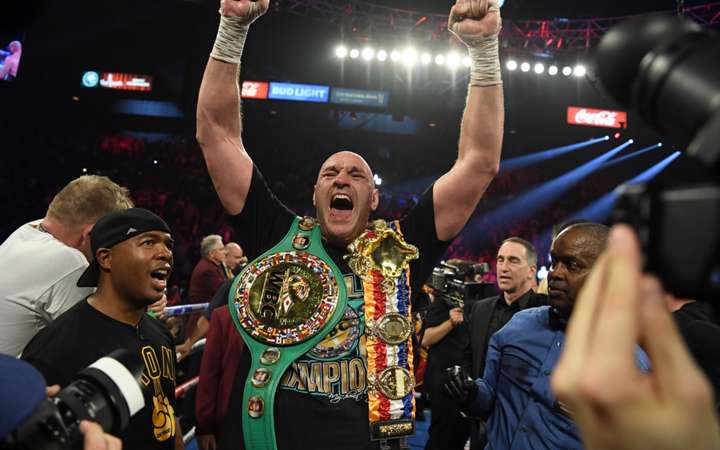 The WBC champion wants to stay active this year.

Whyte is the interim champion and has been given mandatory authorisation, but the fight is set to go to a purse bid as the two fighters’ camps cannot agree on terms outside of the WBC’s order of an 80-20 split.

While Whyte pursues that dispute, Arum has suggested to talkSPORT that he would prefer a deal to be done rather than see the fight go to a bid.

“I think unless an agreement is reached with Dillian Whyte, [the purse bid] will go ahead sometime in the coming week. Maybe not on Tuesday, maybe on Friday, but there it is. The WBC has decreed that Whyte will get 20 percent of the purse bid and if the purse bid goes ahead, we’ll figure out what that 20 percent comes to," he said.

“I’m always optimistic that a deal gets done before the purse bid. I don’t think a purse bid does anybody any good. I think the parties should sit down, there’s plenty of money involved, and just work out a normal deal. Obviously there’s talks to try and settle the matter so it goes ahead without purse bids.

“If Dillian Whyte is not gonna fight for whatever reason, obviously we’re not gonna keep Tyson Fury – not gonna make him pay the price of waiting. Fury wants to fight and wants to fight sooner rather than later.”

The promoter also suggested Charr and Helenius could step in to keep Fury busy.

“We can look around, get a good, decent opponent for him to fight if Whyte isn’t available,” he explained. “You’ve got guys like Robert Helenius and Manuel Charr. You just look at the rankings and pick a couple of guys from the rankings who would make decent opponents.”