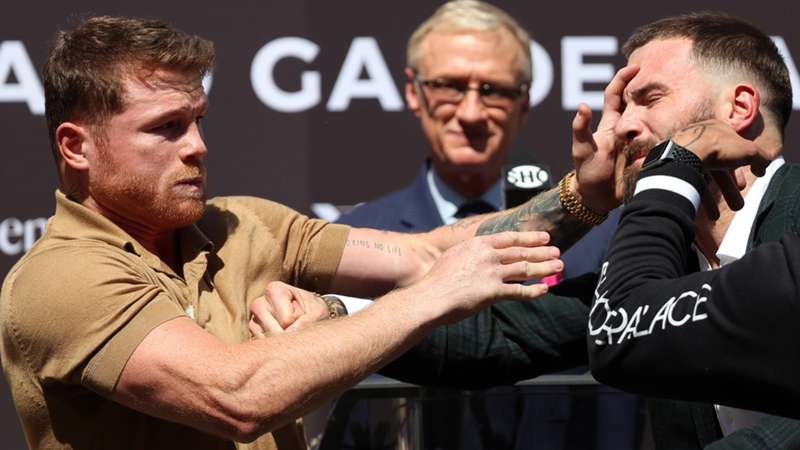 Saul 'Canelo' Alvarez is not worried about his upcoming undisputed fight with Caleb Plant.

The war of words continues between Saul 'Canelo' Alvarez and Caleb Plant ahead of their fight for the undisputed super-middleweight championship in Las Vegas on November 6.

Speaking to ESPN while in camp, Canelo is not worried about Plant and the threat he could pose in the fight.

"He’s a good boxer, he’s got a good jab, but I have the skills and the experience to beat him."

"He’s a good boxer; he moves a lot. Everybody thinks that he’s complicated for me, a fighter that moves a lot in the ring, but I have a lot of experience. I fight with every style. I’m ready."

The two fighters already came to blows at a press conference last month which saw Plant leave with cut under his right eye.

Watch some of Canelo's best moments inside a boxing ring below.