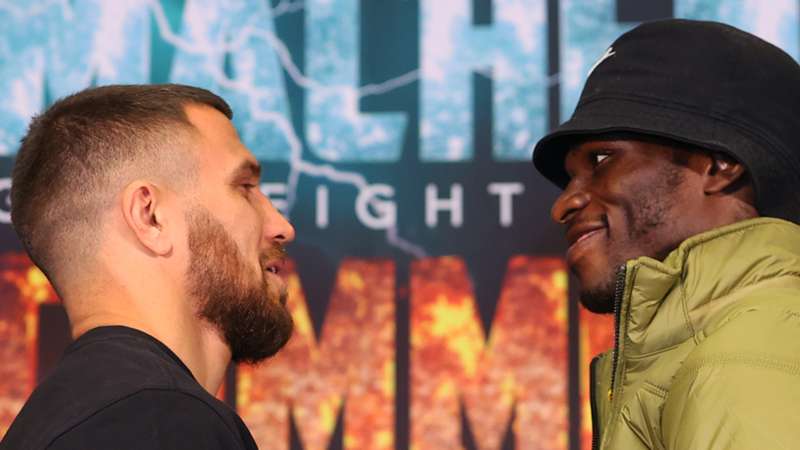 However, residue from George Kambosos Jr.’s massive upset of Teofimo Lopez two weeks prior lingers at the “World’s Most Famous Arena” and has been a cloud over this Lomachenko-Commey fight week and entire lightweight division.

Reverberations from how Kambosos’ split-decision win shook up the 135-pound rankings have leaked into the theme for Loma-Commey in an inescapable way.

For Lomachenko, a win over Commey would have pushed him that much closer to trying to secure a rematch with Lopez had “The Takeover” been successful against Kambosos. Instead, even with a win, Loma isn’t guaranteed a title shot next, as the newly-minted unified lightweight champion Kambosos may elect to try to fight WBC titleholder Devin Haney for undisputed glory, icing the Ukrainian in the process.

Commey, on the other hand, has used Kambosos’ victory over Lopez as a source of inspiration to spark his own major upset at Madison Square Garden.

“Richie has a shot the same way no one expected George Kambosos to come in and do what he did,” Commey’s promoter Lou DiBella said during Thursday’s final press conference. “The world is sort of sleeping on Rich a little bit but with his power, his length, his reach, I expect this to be a sensational fight and I think that Rich is really live to pull off another big surprise for the boxing fans.”

In many ways, both Lomachenko and Commey had to rebound from stinging losses to Lopez to even reach this point which marks another way that Lopez has seeped into and hovered over this fight week without even being present.

Commey bounced back from being blasted in two rounds by Lopez at MSG back in December 2019 by producing a sixth-round KO of Jackson Marinez this past February.

Lomachenko was surprisingly outboxed by Lopez in October 2020 to relinquish his unified lightweight crown but showed off his acclaimed sweet science skills in breaking down Masayoshi Nakatani in a ninth-round TKO in June.

That sets the scene for Loma-Commey at Madison Square Garden even if “The Mecca of Boxing” hasn’t fully recovered from Kambosos’ thrilling upset just yet. And it hasn’t because boxing itself hasn’t. That’s what a major upset does.

While the winner between Loma and Commey will certainly leverage himself toward a better position to contend for a title shot, that opportunity may not come to the victor as soon as he’d hope.

Kambosos-Haney may take precedence and Lomachenko — and even Commey in a possible upset — will have to live with that. Even if Loma is still the best in the lightweight pack that also includes Gervonta Davis, Ryan Garcia and Lopez if he decides to stick around at 135 pounds. That’s what an upset does.

DAZN News will bring you all the live updates, results and highlights from Lomachenko vs. Commey on Saturday night beginning at 8 p.m. ET with the launch of the main card.