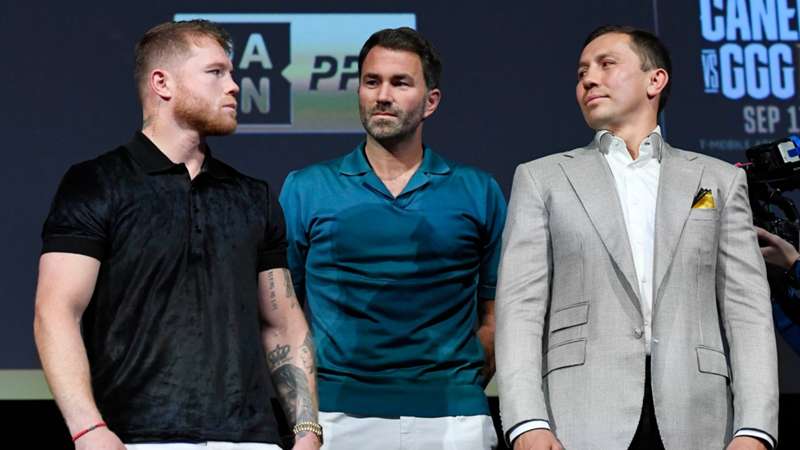 Here is how you can watch the highly anticipated rematch for the IBF, WBA (super), WBC and WBO super middleweight titles on DAZN.

Canelo Alvarez and Gennadiy Golovkin were announced in May to lock horns for the third time on Sept. 17 for the undisputed super middleweight championship.

After stopping Caleb Plant in November to become the first-ever undisputed champion at 168 pounds, Alvarez ventured back up to light heavyweight to attempt to become a two-time champion against WBA (super) titlist Dmitry Bivol. However, Bivol had other plans in mind, soundly winning by unanimous decision to hand Alvarez his first loss in over eight years.

Meanwhile, Golovkin fought in April, traveling to Japan, and beat Ryoto Murata by ninth-round TKO to add the WBA (super) middleweight title to his IBF belt. So now, GGG gets a chance to avenge two fights that he felt should have gone his way.

Here is how you can watch Canelo Alvarez vs. Gennadiy Golovkin 3 on DAZN.

Where can I watch Canelo vs. GGG 3 on DAZN?

The following countries will be showing the Sept. 17 fight live on DAZN, the sports streaming service:

Where to watch Canelo vs. GGG 3 on DAZN PPV?

Fight fans in the following countries can only watch the undisputed super-middleweight title fight on DAZN PPV:

Where Canelo vs. GGG 3 is unavailable on DAZN?

Fight fans in the following countries should check their local listings for the undisputed super-middleweight title fight: