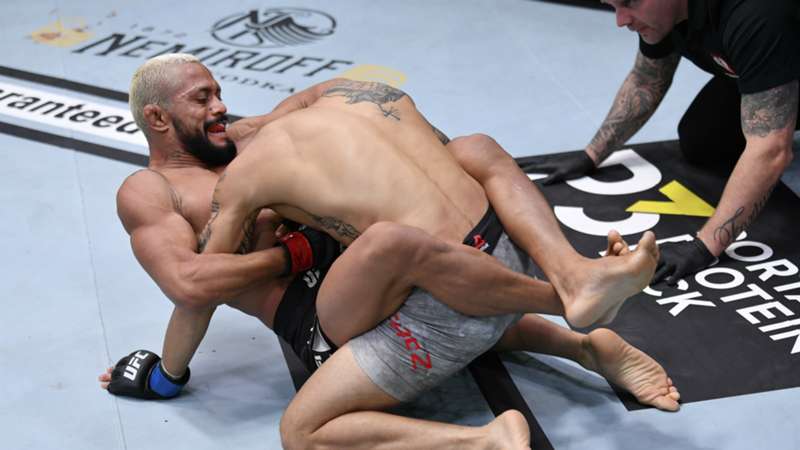 A very quick turnaround for the flyweight champion.

Deiveson Figueiredo loves to fight. He will get his wish to get right back inside the Octagon.

At the UFC 255 post-fight news conference, UFC president Dana White announced Figueiredo would defend the flyweight championship against top-ranked Brandon Moreno in the co-main event of UFC 256 on Saturday, Dec. 12 at the UFC Apex in Las Vegas. The 21-day turnaround is the quickest between title fights in UFC history, and Figueiredo is the first champion in company history to put his belt on the line in consecutive months. ESPN was the first to report the news of the fight.

"We're going to keep (Figueiredo) here," White said at the news conference. "He's not going back to Brazil. We're going to turn him right around (in) December. That's what we're working on."

The fight cleared all the roadblocks after Figueiredo took care of Alex Perez in less than two minutes at UFC 255. His first successful defense of his belt (via submission) was the Saturday headliner. in the featured preliminary bout, Moreno beat Brandon Royval via first-round TKO for his third straight win. He is unbeaten in his last five contests (4-0-1). In his post-fight interview, Moreno called out the winner of the main event. Now, he'll get his wish.

"To be honest, I was very sad when UFC (gave) Cody Garbrandt the opportunity for the title," Moreno said. "You know what? I don't care. I don't need a title. I need to be the best in the division. If I wanted a title, I could buy one on UFC Store (online)."