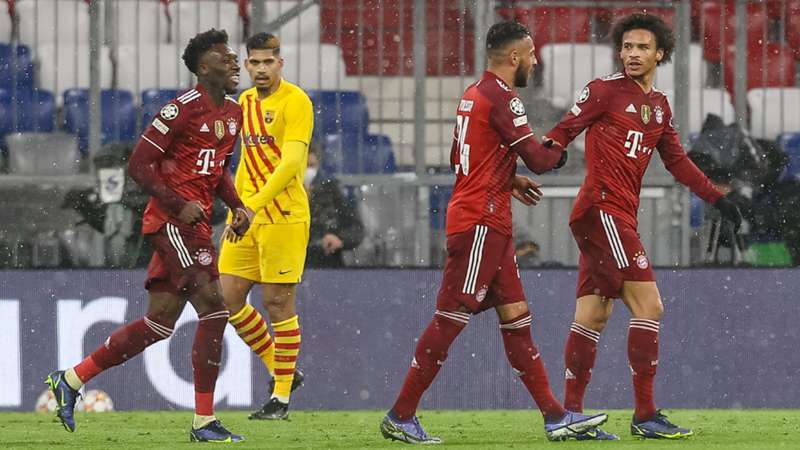 It was a one-sided affair at the Allianz Arena.

Barcelona have been eliminated from the 2021-22 UEFA Champions League after a 3-0 loss at Bayern Munich on the final matchday of the group stage.

Bayern's recent domination over the Catalan club continued on Wednesday, with goals by Thomas Muller, Leroy Sané and Jamal Musiala powering the German giants to a second straight clean sheet victory against Barca.

If the scoreline wasn't enough of an indicator of the gulf in class between the sides, the rest of the match statistics certainly told the story. Bayern ended the game with advantages in shots (10-7), shots on target (6-2), possession (53-47), passes (517-465) and passing accuracy (85%-82%), and were generally untroubled as Barca's woes continued.

The visitors did manage to force a save from Bayern goalkeeper Manuel Neuer inside the opening 10 minutes, via a Jordi Alba shot from outside the penalty area, but the relatively bright start was a false dawn as the home side ultimately took control.

A perfect end to our group stage campaign! 💯

Bayern finish the group stage with six wins in six matches, putting them 10 points clear of second place Benfica at the end of the group stage. Meanwhile, Barca finish in third, and will enter the Europa League knockout-round playoffs.