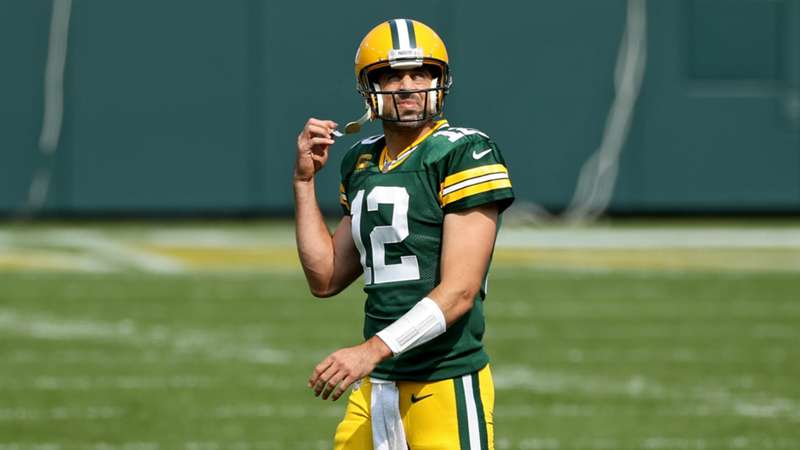 It's a two-horse race for the annual award.

As much as football is a team sport, there are always individual players who rise above.

For the 2021 NFL season, several players have lifted their respective teams through their presence on the field, and now that the regular season is over we can take a look at the favourites for the yearly Most Valuable Player award.

The front runners are dominated by quarterbacks, as usual, but there are also players from different positions who have thrown their proverbial hats in the ring thanks to some stellar performances over the last 18 weeks.

Before the playoffs start, lets take a look at the best bets to claim the NFL MVP award, along with DAZN News' predicted winner.

There's no denying why Rodgers is ahead of the pack here — the 38-year-old continues to play at an elite level and he's led Green Bay to the joint-best record in the NFL and a No. 1 seed in the NFC.

Rodgers' pure numbers aren't at the level they were last season when he claimed the MVP award, but he once again showed that there are few players capable of leading a championship contender in the manner that he can.

The man most likely to usurp Rodgers as the league's top player of the season, Brady has followed up a Super Bowl-winning campaign with another unbelievable season in Tampa Bay.

The 44-year-old led the Bucs to an identical record to the Packers with his best passing percentage in six years, and he led the league in passing yards (5,316), pass attempts (719) and pass completions (485) — the latter a new NFL record.

The Green Bay QB has been the talk of the league both on and off the field throughout the season, and becoming the back-to-back NFL MVP will keep his name in the news cycle until the new campaign kicks off. Rodgers didn't break any personal records this season, but that doesn't matter as his overall level of play was consistently above that of everyone else.