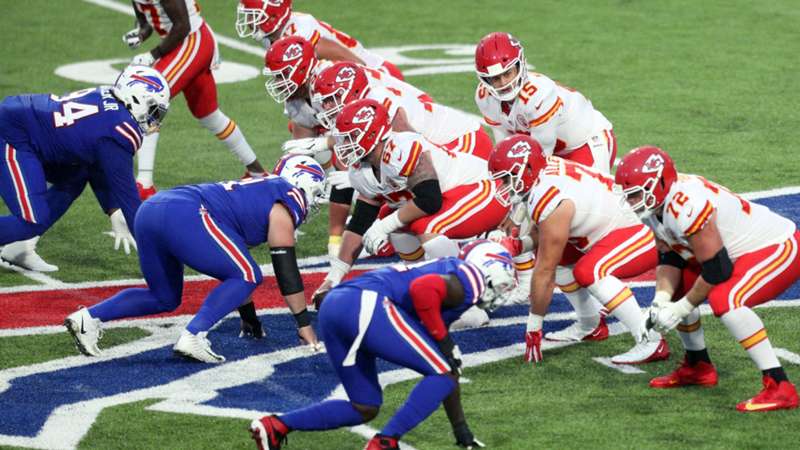 Josh Allen and Patrick Mahomes add another chapter to their burgeoning rivalry.

With both teams in the AFC, there are already frequent regular-season matchups between them. But no recent meeting was bigger than last year's AFC Championship Game, in which the Chiefs came out on top, 38-24, to earn a spot in the Super Bowl.

Fast forward nearly a year and the teams will meet again in the postseason — albeit one round earlier. They'll square off Sunday in the divisional round, with the Chiefs once again playing the role of hosts. And it'll be Kansas City that's once again favoured to move on, although the Bills will look to recreate their 18-point Week 5 victory over the defending AFC champs.

On that October day, Bills quarterback Josh Allen outshined his KC counterpart, Patrick Mahomes, with a 315-yard, three touchdown performance. Allen and Mahomes will again grab the spotlight as two of the best young QBs in the league on Sunday, but Mahomes will continue to be regarded as the better of the two until Allen is finally able to defeat him in the playoffs.

Here is everything you need to know about the Buffalo Bills vs. Kansas City Chiefs.

What time is the Bills vs. Chiefs game?

How to watch Bills vs. Chiefs: TV, live stream

Bills vs. Chiefs is available in the United States on CBS and streamed on Paramount+. Viewers in the U.K. can catch the game on Sky Sports NFL and NFL Game Pass.