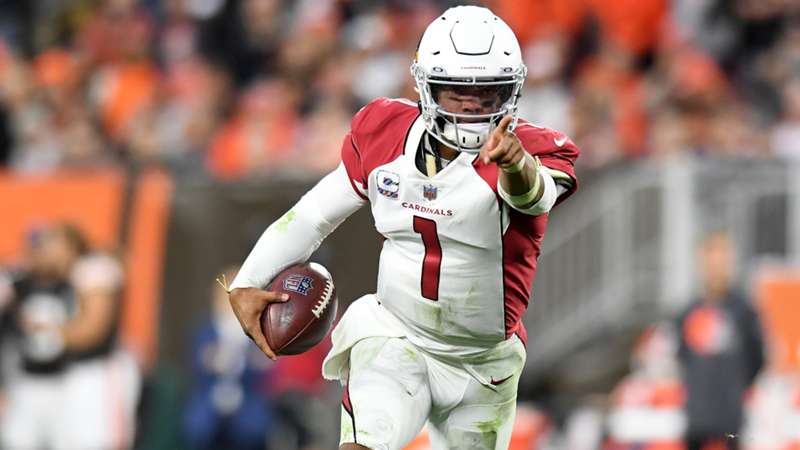 The Cardinals look like the early-season NFL title favourites, but does history support their aspirations?

The Arizona Cardinals are the talk of the NFL so far this season — and rightfully so.

Led by superstar-in-training Kyler Murray, the Cards have raced out to a 7-0 record to start the 2021 campaign and have rarely looked troubled in the process. The Murray-helmed offence has put up the second-most points in the league thus far, and the team has seemingly only become more dominant as the season has wore on.

Arizona now helps kick off Week 8 of the NFL season by playing host on "Thursday Night Football" to the Green Bay Packers, who at 6-1 are just off the torrid pace set by the Cardinals. Of course, the Packers and their own superstar quarterback, Aaron Rodgers, have been in the same situation that Murray and the Cardinals now find themselves in.

Back in 2011, the Packers raced out of the gates by winning their first 13 games of the season en route to a 15-1 record and high hopes of a championship run. A Week 15 loss to the Kansas City Chiefs was the only blemish in an otherwise perfect regular season for Green Bay, but all the momemtum that was built up ahead of the playoffs disappeared at the first hurdle of the postseason as Rodgers and Co. were humbled in a 17-point loss to the New York Giants in the divisional round.

Even worse for the 2011 Packers is that they were the defending Super Bowl champions, having captured the Vince Lombardi Trophy the season previous. Yet, even with experience and pedigree on their side, the Packers weren't able to get it done when the games started meaning more.

While the current Cardinals aren't coming off a championship campaign, there may be some lessons to be learned from their upcoming opponent's history — and that of many other teams who have gone 7-0, or better, with nothing to show for it at the end. Including the Rodgers-led 2011 Packers, there have been 11 teams to start the season 7-0 prior to the current campaign in the last decade.

Here's how they fared:

Will Murray and the Cardinals be able to emulate the 2015 Broncos, or will history record another dominant regular-season team that couldn't live up to their hot start in the playoffs?