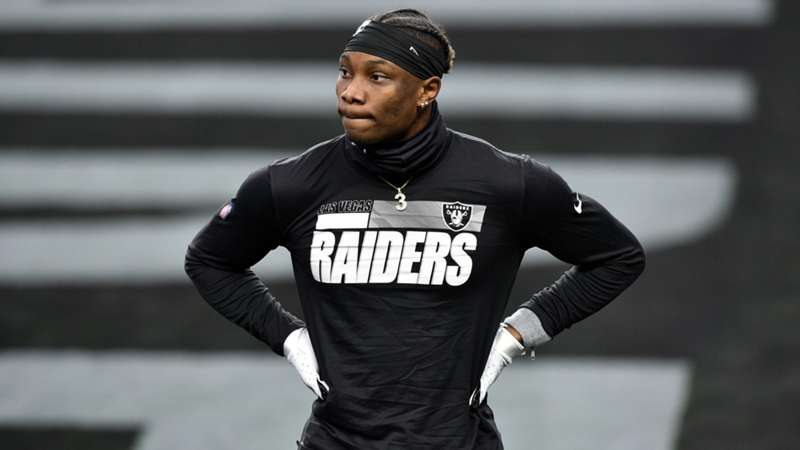 One person is dead after a collision early Tuesday.

Las Vegas Raiders wide receiver Henry Ruggs III will be charged with DUI resulting in the death of another person after his involvement in a car crash, police say.

According to the Las Vegas Metropolitan Police Department, Ruggs' vehicle struck the rear of another automobile early Tuesday morning.

"On November 2, at approximately 3:39 a.m., the LVMPD responded to a traffic collision near the intersection of South Rainbow Boulevard and South Spring Valley Parkway, involving a Chevrolet Corvette and a Toyota Rav4 Responding officers located the Toyota on fire," the LVMPD said in a statement. "Fire department personnel responded and located a deceased victim inside the Toyota.

"The preliminary investigation indicates the front of the Chevrolet collided with the rear of the Toyota. The driver of the Chevrolet, identified as 22-year-old Henry Rugs (sic) III, remained on scene and showed signs of impairment. He was transported to UMC hospital to be treated for non-life-threatening injuries. Ruggs will be charged with DUI resulting in death. This is an on-going investigation."

It's unclear when Ruggs will be charged, but in Nevada a DUI resulting in death comes with a sentence with "a minimum term of not less than 2 years and a maximum term of not more than 20 years."

The Associated Press reports that Ruggs had a female passenger with him the in Corvette who was also taken to the hospital. She has not been identified.

Ruggs' attorneys, David Chesnoff and Richard Schonfeld, released a statement on his behalf.

“On behalf of our client Henry Ruggs III, we are conducting our own investigation as of this writing and ask everyone to reserve judgement until all the facts are gathered,” the statement read.