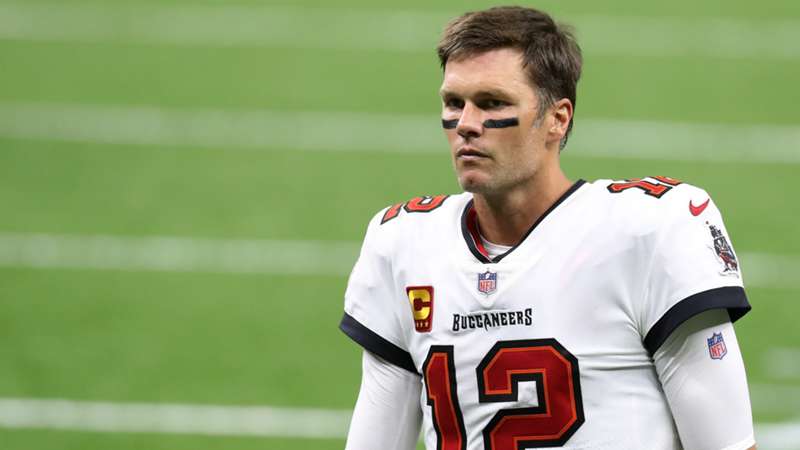 The GOAT looks to add to his ridiculous personal stats at Super Bowl 55.

Tom Brady is the most successful quarterback of all time by just about any metric — and there are a lot of them.

The longtime former New England Patriots quarterback will suit up on Sunday for the Tampa Bay Buccaneers with another Vince Lombardi Trophy in view, as Brady looks to bring some of his Super Bowl shine to one of the least fortunate teams in NFL history.

That's no joke — even with their Brady-led three playoff wins so far this season, the Buccaneers still have the same number of postseason victories (nine) as Brady has Super Bowl appearances.

SUPER BOWL 55: Odds & predictions | How much will Brady & Mahomes earn?

It's just one of the crazy stats that the 43-year-old has amassed over the course of his Hall of Fame career. Here's a quick rundown on (some of) the Super Bowl records that Brady holds:

Amazingly, there are still a few records that don't have Brady's name on them. Here are three more he can break on Sunday:

Brady is already the player with the most Super Bowl rings (six), but if you include the pre-Super Bowl era then he's currently tied with three others — Fuzzy Thurston (Colts/Packers), Forrest Gregg (Packers/Cowboys) and Herb Adderly (Packers/Cowboys) — for the most NFL championships.

Interestingly, the other three men did it with two teams each while all of Brady's titles came with the Patriots. If he wins on Sunday, he'll not only take sole possession of first place but he'll also get to add a second team that he's done it with.

Most touchdown passes in a single Super Bowl

This is one of the few QB records Brady hasn't yet claimed, although it's once again on the table — especially with Sunday's game expected to be a shootout between the Bucs star and his counterpart, Patrick Mahomes of the Kansas City Chiefs.

This is really just a product of playing in so many Super Bowls, and it's obviously not something Brady will be striving for.

Brady's thrown six interceptions in the nine games he's appeared in, which puts him in fourth place all time (tied with former Vikings pivot Fran Tarkenton). The leader is John Elway, who has eight INTs to his name (five games), while Craig Morton and Jim Kelly each had seven picks (in two and four games, respectively).

The fact that he's played nearly double the number of games as Elway yet still trails in this department is a testament to Brady's dominance on the grandest stage.