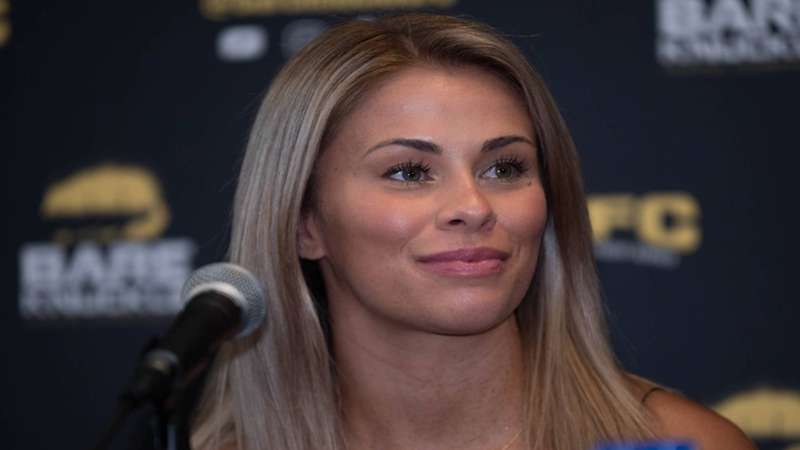 Bare Knuckle Fighting Championship presents its first event of 2021 on Friday night with its biggest show to date, KnuckleMania, ​from the RP Funding Center in Lakeland, Fla. The main event features the highly anticipated debut of Paige VanZant as she takes taking on Britain Hart.

Ahead of the show, BKFC president David Feldman sat down with DAZN News to discuss a tough 2020, the growth of the organization during the COVID-19 pandemic, and VanZant's impact.

DAZN News: I know it's a busy time, but we're days away from KnuckleMania on Friday night. What does it feel like now that you can finally get back into the groove of things that get 2021 kicking off with a bang?

David Feldman: It's great. It's the biggest week and the biggest weekend in sports, period. And we're going to be a part of that weekend. The card is headlined by Paige VanZant taken on Britain Hart. The co-feature has Johnny Bedford vs. Day Nguyen for the 135-pound world championship, and then UFC legend Chris Leben will be fighting a tough guy by the name of Quintin Henry. It's a tremendous card from top to bottom. With all the hoopla from all the celebrities, everything coming on around this event, it's just tremendous growth of this organization.

DN: What was the thought process about going with Super Bowl weekend?

DF: I think it was because we were able to put on some shows during the pandemic. I knew that a lot of the Super Bowl festivities were being canceled. And because we were able to put this on and have fans in attendance, we thought it was a great opportunity for us to capitalize on this big sports weekend. It was strategically placed around this big event. Tickets are gone. We're limited on tickets. We were allowed to have about 3,000 people in attendance and pretty much sold out, I believe. We have a lot of celebrities that requested comps and stuff like that. What my goal was, it's not about having celebrities there. It's great to have celebrities there. My goal is you get these celebrities there, and then they start talking about it to other people. That's how this thing expands.

DN: The UFC used to do what you guys are doing. They would either put the card in the city where the Super Bowl was located or put the card in Vegas just because everyone's going to gamble during that weekend. Did you look at the UFC model at all?

DF: Actually, last year, I was at the Thursday night DAZN boxing event. I was at that event. There were a lot of celebrities in attendance. It was a great event. I just thought, 'Hey, let's follow success and let's not reinvent the wheel'.

When I saw that it was successful, I knew that there was no event scheduled yet. So I said, 'Look, let's pop one in around the Super Bowl.' A lot of people are talking about this event. I think it's going to be a well-watched event, and it's already going to be well attended.

DN: 2020 was a crazy year because of the pandemic. How has COVID changed your mindset of how you're running the company right now?

DF: It's all about trying to get viewers now. It's not really about the live attendance. The difference between us and other MMA and boxing promotions is people know when mixed martial arts is on. They know what boxing is. A lot of people don't know about this yet. So the key to our success was going around, getting the local crowd, and doing the grassroots marketing. Now we can't do that. We created our own app store in our downtime with the pandemic. We were able to get a lot of our fan base going on that. We just refocused. We reinvented ourselves. We found a way to do these events. We were the first combat sporting event in the United States with a crowd this year. We figure things out. Although we want to be first in many things that we do, a big proponent, and like I said, just following success, so if it works, follow it. Like I said, it worked last year for Matchroom, WrestleMania works for WWE. So follow the things that work and do them right. I think we have a recipe for success.

DF: 2020 was a horrible year for the world. I know some people that lost friends to COVID. This year was horrible. A lot of people lost their businesses that they worked their entire lives for. It's unbelievable what happened this last year. We took some time off. We actually had an event scheduled on March 14. And on March 13, Kansas canceled it on us. Everybody was there. The whole place was set up, and we had to cancel that event. So it's going to be a new climate.

How do we make this thing work? That's how we developed the app. We figured out a way to get some content out there and do fights. We did six fight cards in 2020. It was awesome. We reinvented ourselves. We were really very, very lucky in 2020 that we tripled our social media fan base, and we smashed our viewer growth. It was an unbelievably successful year on gaining eyeballs for BKFC. I take my hat off to everybody and say a prayer for everybody that suffered a tough time.

DN: One of the great things about 2020 for you guys was the announcement of signing Paige VanZant. More eyeballs and focus has been shining on the company. Even though she hasn't fought yet, what has Paige meant to the company up to this point for you?

DF: It was a sense of legitimacy. We were bidding for her against some of the top combat sports organizations in the world. Nobody thought that we had a chance of getting her. We weren't even mentioned when she was released. Everything was Bellator or ONE Championship, and possibly the UFC again. We came out of nowhere. I knew that the time was right for it. The time was right for us to step up and get a megastar, and we did. I think what she really liked about us is that we're offering her other opportunities. We just launched a radio show on Sirius XM every Wednesday called Knucklehead Radio with Paige VanZant. We did that. We're going to have her in a commentating role. We're letting her grow with the company. I think that was really important to her because she could have went to a lot of places. I think getting a girl like Paige VanZant is getting a megastar. It surprised a lot of people. I think it adds a little sense of legitimacy. We're trying to make this thing something really big. I think signing her made a lot of other big names reach out to us because now they know we're in that playing field, and we can play for those kinds of athletes. It really did change the game for us.

DN: You put her in a headlining position because you know she's going to sell. What led to the decision to put her with Britain Hart in her Bare Knuckle debut?

DF: We had some other names on our minds. She's an experienced combat sports athlete. She's not just a pretty girl that never really fought anybody that can fight. She's fought the best in the world. I didn't think it was fair for me to really put a room with someone that really wasn't good at all and that had no experience in bare knuckle at all yet. I didn't think that was fair. I wanted to give her someone that I thought was on an even playing field. Britain has had three bouts with us. I think this is an even matchup. I think the fans are going to get their money's worth. I also really think that Paige is going to surprise a lot of people with her punching ability.

DN: What can fans expect coming up Friday night at BKFC KnuckleMania?