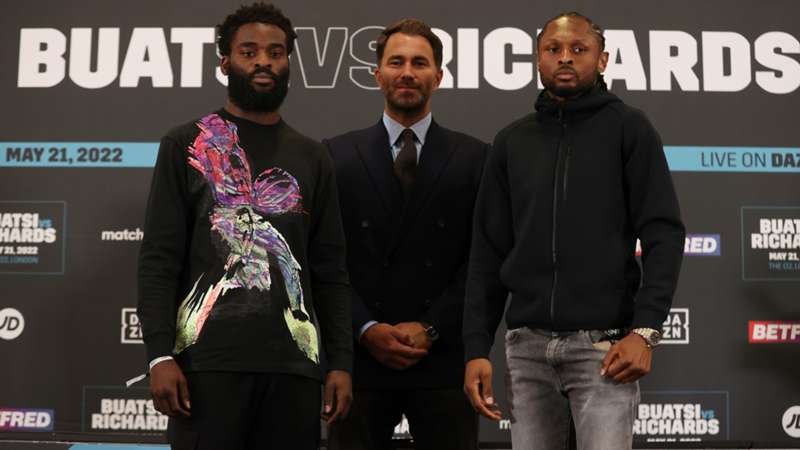 Craig Richards is full of confidence ahead of Saturday's fight with domestic rival Joshua Buatsi which can be seen live on DAZN (except Australia and New Zealand).

The pair went head-to-head in front of the world's media on Thursday and Richards was quick to point out that he was the best in what is a stacked British 175lb division.

"It’s not personal to Josh, I just believe that I’m the best in the division," Richards claimed

"I’m very good at adapting to fighters. I’ve got a very good IQ and it just depends on what I want to bring and what I’ve got in the toolbox that night.

"And I believe I’ve got the tools to get the job done on Saturday night. It’s not personal to him it’s just that I believe I have the ability to beat anyone.

"I’ve got to keep proving the doubters wrong."

Buatsi as expected remained calm during the press conference, however, he told the media that they will see a different man inside the ring at the O2 Arena come Saturday night.

"I think there’s always people to prove wrong Eddie… The talking is nearly done. We’re going to find out on Saturday. The switch hasn’t flicked yet," Buatsi said.

"I don’t think it personally flicked during that face off but we are two or three days away and the switch will definitely flick.

"The struggle from camp, I’ve got that in me. And I know how I want to perform on Saturday. And it’s time to show it because camp was very hard. And I’ve paid the price but someone else has got to pay it now."