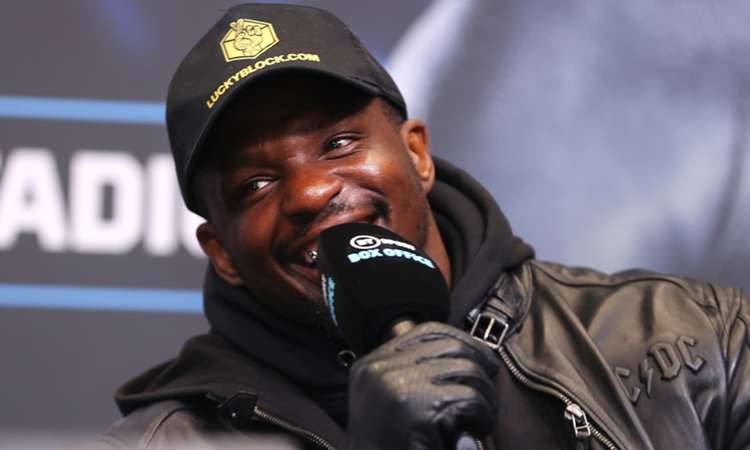 Franklin lost his unbeaten record to the more experienced Briton on Saturday night in a fight shown live on DAZN.

Dillian Whyte revealed he was learning from his new trainer as he defeated Jermaine Franklin live on DAZN.

The winner of the fight had been touted as the next opponent for Anthony Joshua, when the former world champion gets back in the ring after his rematch defeat against Oleksandr Usyk earlier this year in Jeddah, Saudi Arabia.

Whyte last fought in April when he lost his WBC mandatory challenge against champion Tyson Fury, and before the fight, promoter Eddie Hearn had warned Whyte that he would fall out of contention for major fights if he suffered a consecutive defeat.

Speaking on DAZN after the fight, Whyte praised his opponent.

He explained: “I said, an undefeated heavyweight is the hardest thing to beat on this planet. Obviously he’s undefeated, he’s got a lot of beans in his belly and he’s come here to give us a good fight and he did well for himself, his stock rose tonight.”

He continued to say the new style he was learning from Buddy McGirt was starting to take effect.

“For me it was hard,” he added. “Because I was boxing to new instructions. We’re trying to upgrade the style so I’m fighting against my natural style. But I’m improving. Just keeping and jabbing him, breaking him down, the nose spread and spread and spread. But after a while I could let off a lot of big shots in the fight.

“We had a six week training camp, for six weeks the changes you can see, but I locked that s*** down, baby, yeah!”