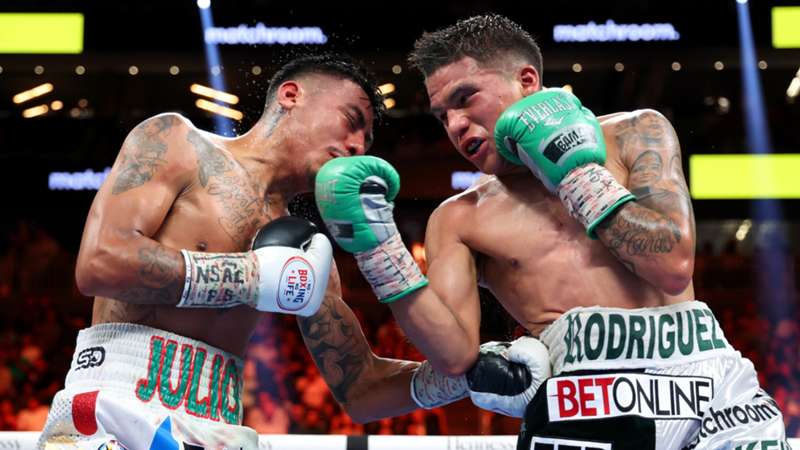 The super flyweight was in action on Saturday night.

2022 has seen him beat former WBC super flyweight champion Carlos Cuadras, and then Srisaket Sor Rungvisai, and Saturday night the 22-year-old made his third appearance in the ring.

As the co-main event for the Canelo Alvarez vs. Gennadiy Golovkin clash, Rodriguez defended his belt against the more experienced Israel Gonzalez.

There was no knockout, but a comfortable win on the judges’ scorecards gave the youngster the win.

That will tee him up for a performance on the card for the well-anticipated Juan Francisco Estrada vs. Roman ‘Chocolatito’ Gonzalez undercard on December 3.

“I’ve never really, you know, had that as a goal, but once I got the mid-year award, that’s when my mindset changed,” Rodriguez said before Saturday’s action, reported BoxingScene.com.

“It made me more motivated in the gym to come out and perform. And, you know, come September 17th, I’m really gonna solidify that I am ‘Fighter of the Year.’ And even after this fight, I’m not gonna need [a fight in] December.

“Of course, I’m gonna fight in December. But, you know, come September 17th, that’s all that’s gonna be needed to go out there and show everyone that I’m ‘Fighter of the Year.’ With the performance I’m gonna put on Saturday night, people, they’re gonna have no question.”