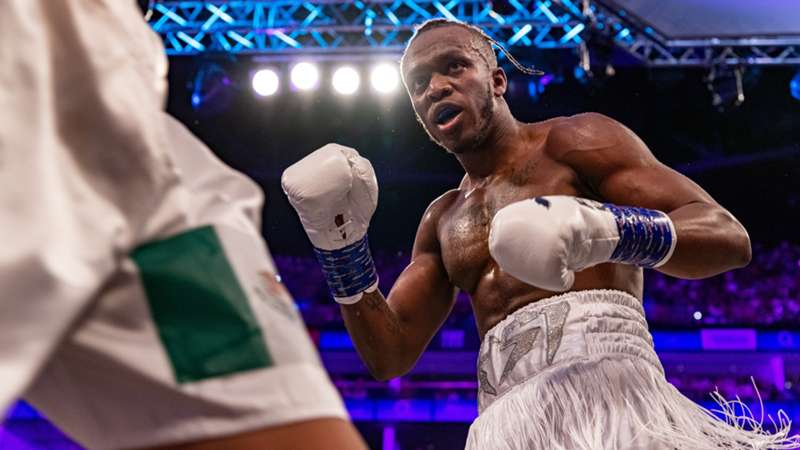 Crossover boxer KSI fought twice in one night as the Misfits & DAZN X Series launched with a bang on Saturday.

Multifaceted entertainer KSI stepped into a boxing ring for the first time since defeating Logan Paul back in 2019 when he both opened and closed the card for the inaugural Misfits & DAZN X Series event this past Saturday at London's O2 Arena — a show that has underscored the 29-year-old's vast drawing power.

An intriguing and polarising event comprised of a host of well-known internet personalities doing battle between the ropes and resulted in KSI defeating both Swarmz and Luis Alcaraz Pineda in one night to begin and conclude the festivities.

Early reports detail that the show was one of the most watched events in the UK since DAZN became available on the British Isles in December 2020, with the DAZN app the number one most downloaded sports app in the UK on fight day.

The night of professional boxing combined with social media stars was also a big night on social platforms.

With names such as KSI, Logan and Jake Paul and more leading the charge, crossover boxing has shown itself to possess huge potential for bringing various types of fans together for a night of wild and unpredictable action. And the second X Series show has already been confirmed.

MF & DAZN: X Series 002 will be headlined by Hasim Rahman Jr vs. Vitor Belfort — a meeting between the son of a former world heavyweight champion boxer and an ex-UFC light heavyweight champion — and takes place on October 15 in Sheffield, England. The show will once again air live on DAZN, available to stream for subscribers worldwide.

With the full card for X Series 002 to come, not to mention more events to be announced in due course, it remains to be seen which personalities from the worlds of streaming, sports, television, and elsewhere will sign up to take on a rival within the confines of the professional boxing ring.