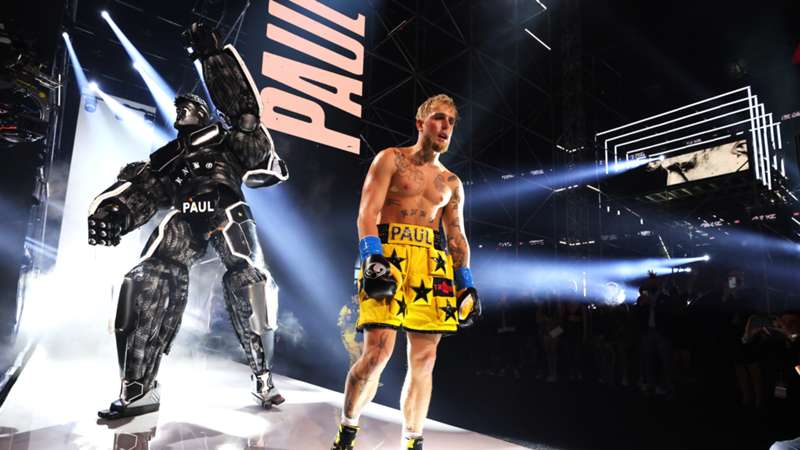 The Golden Boy boss says the YouTuber's presence in the boxing world is a positive one.

Days after Paul's first-round victory over retired MMA fighter Ben Askren, the famous YouTuber still has the boxing world talking. De La Hoya is not one to shy away from a narrative, and the 48-year-old shared his thoughts on Paul's latest win.

On the most recent episode of The DAZN Boxing Show, De La Hoya was complimentary of Paul's in-ring skills as well as his marketing ability, as the latest event drew the eyeballs of a fan base that may not have been interested in a boxing match without Paul's star power.

Even though the technical side may have been lacking against Askren, De La Hoya feels that Paul should stay the course for the time being.

"I think he's a solid fighter who's just beginning," De La Hoya said while noting that Paul has a future in the ring. "That's the thing with media. That's the thing with being so popular, it's kind of like a double-edged sword because you're making so much noise in the boxing industry, in the entertainment industry, you know, and people are expecting you to fight the very best now — go after them, go after the very best.

"He has to just keep it going, keep the train going, until you have a train wreck with the very best, and that's going take a while.”

De La Hoya has no issues with Paul being an outsider who is seemingly turning the boxing world on its head with his sideshow-style bouts against fellow non-boxers. The former champion-turned-promoter sees opportunity with the likes of Paul and other celebrities stepping into the ring, even if it temporarily takes away from the established traditions of the sport.

The hot new thing will always be of interest, and promoters like him will be there to make sure the sport thrives, De La Hoya said.

“It's like you're dating a girl? Right? You've been dating a girl for a long time, and you know, you guys are very comfortable for years," he said. "And then you see this hot mamacita walking down, and everybody panics. 'Oh my God, she's going take away my man!' Well, no, look, boxing is traditional, boxing is the sport that I dearly love, and that's why I've established Golden Boy Promotions for such a long time, with one of the top promoters out there in the world today.”