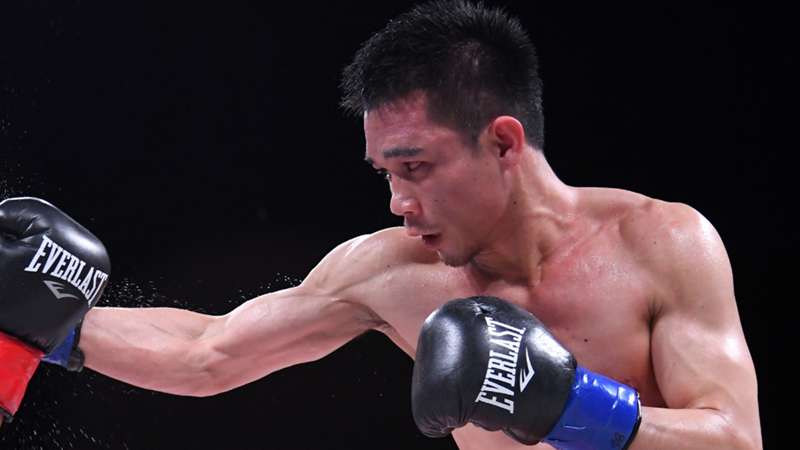 Returning to the ring for the first time in over five months, Srisaket Sor Rungvisai showed no signs of ring rust as he easily dispatched Kwanthai Sithmorseng on Friday in Bang Phun, Thailand.

The match was less than three rounds in before Sithmorseng took a knee to stop Sor Rungvisai from landing punch after punch with little opposition, and although he managed to finish the round Sithmorseng's corner called the bout off before the fourth could begin.

It was the kind of dominant display Sor Rungvisai (50-5-1, 43 KOs) would've expected for his 50th win as a professional, and it sets up a potential trilogy bout against the winner of Saturday's super flyweight unification fight between Roman "Chocolatito" Gonzalez and Juan Francisco Estrada (8:00 p.m. ET, live on DAZN).

“I prepared very well for this fight,” Sor Rungvisai said immediately after defeating Sithmorseng, as quoted by RingTV, “but I didn’t rush it. I wanted to get a few rounds in so that I can be ready for the big fight late this year.

“It will be a great fight [Saturday] between Estrada and Chocolatito. I think whoever prepared the best for this fight will win. I hope that Estrada will win because we have unfinished business. I want to get revenge.”

Sor Rungvisai has squared off with Gonzalez and Estrada twice each, with his most recent loss coming at the hands of Estrada on Apr. 26, 2019. While he has "unfinished business" with Estrada, Sor Rungvisai said he will be prepared for whomever wins Saturday's bout.

“Best of luck to Team Estrada and Team Chocolatito,” he said. “May the best man win. We will see the winner later this year.”

Check out the highlights from Sor Rungvisai vs Sithmorseng above, or on DAZN Boxing's YouTube channel.