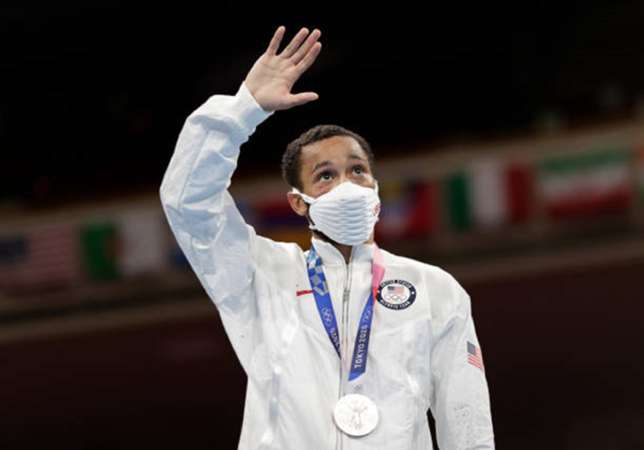 America’s wait for a gold medal at the Olympics in the men’s boxing will go on as Duke Ragan had to settle for a silver gong against Albert Batyrgaziev.

Andre Ward, back in 2004, was the last American male to claim gold but Ragan put up a spirited effort as he aimed to emulate the Oakland man.

Showing off his impressive repertoire in the opening round, Ragan started well, but by the end of the first session, he was struggling with the pressure coming from Batyrgaziev. The Russian Olympic Committee finished stronger and that gave him the advantage going into round two.

A closer second stanza gave Ragan an outside chance heading into the last round but despite his eye-catching shots scoring, Batyrgaziev often seemed to get the last word in the majority of exchanges.

After three enjoyable rounds, Batyrgaziev was declared the victor as Ragan applauded the efforts of his opponent. Ragan will return to professional boxing once back in America as he looks to build on his 4-0 slate as one of Top Rank’s brightest prospects.

America’s hopes of a men’s gold medal now lie with Keyshawn Davis and Richard Torrez who are still flying their country’s flag with just a few days of action left.