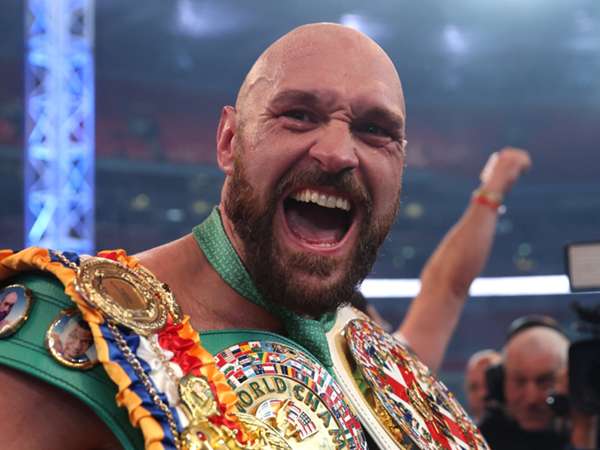 The WBO interim champion could be back in the ring soon after defeating Joseph Parker.

Joe Joyce is the new WBO interim champion after a convincing knockout victory in the 11th round of his clash with Joseph Parker on Saturday night, but his path to a title shot might not be straightforward.

With Oleksandr Usyk yet to commit to his next fight, there might be time to kill before he gets his chance later this year or at some point in 2023.

We look at who the 37-year-old former Olympian could fight next.

Usyk is, of course, who every heavyweight wants. The adroit, experienced Ukrainian has Tyson Fury in his sights as he aims to become an undisputed champion in the heavyweight division after already achieving that feat at cruiserweight level. He has made it clear that for now he is only interested in fighting if it is for the last title he does not have, Fury’s WBC strap.

With Fury on course to announce his next fight against Mahmoud Charr or perhaps even Anthony Joshua for some point in December, that would mean an undisputed clash could come as late as next summer. Joyce will have to wait until the situation resolves itself further up the food chain, unless the WBO orders a match-up with Usyk to go ahead.

Twenty fights and no defeats for 30-year-old Cuban Frank Sanchez will be tested later next month when he takes on Carlos Negron, but so far the toughest opponent he’s faced in his career is journeyman Christian Hammer at the start of the year.

Nonetheless, that unbeaten run has positioned him as the WBO’s No. 3-ranked fighter, and as discussed, an Usyk-Joyce clash could be some way off. The governing body might give Sanchez the chance to prove his credentials, or perhaps could give the nod to the pair to fight for the belt should it become vacant.

Fury and Joyce both suggested they would be open to meeting, but when asked fighters rarely say they would not take on - and beat - anyone who might cross their paths. When it comes down to it, there’s little reason for Fury to put his WBC belt on the line and risk the huge potential pay-off against Usyk.

There’s also another wrinkle - Joyce’s chin. Fury has been able to use his huge power as well as his technique to get rid of every opponent he has met so far. With Joyce’s resilience to the fore, he might be able to frustrate the world champion to the extent that there’s no reason for Fury to risk a clash.

Joshua wants to fight in December and appears happy to make a fight with Tyson Fury. That's no surprise. It would generate huge amounts of attention and money, and give him the chance of becoming world champion for the third time. But if the bout doesn't come off, then he is still believed to be keen on fighting someone this December.

Joyce might be one of the sternest tests going for Joshua. His ability to absorb blows would negate one of Joshua's greatest strengths - his size. Having twice failed to outbox Usyk, Joshua could display that he remains one of the best of the rest by taking on - and defeating - Joyce. And for Joyce a victory over a multi-time, multi-belt former world heavyweight champion would make it absolutely imperative that he get the next shot at a belt.