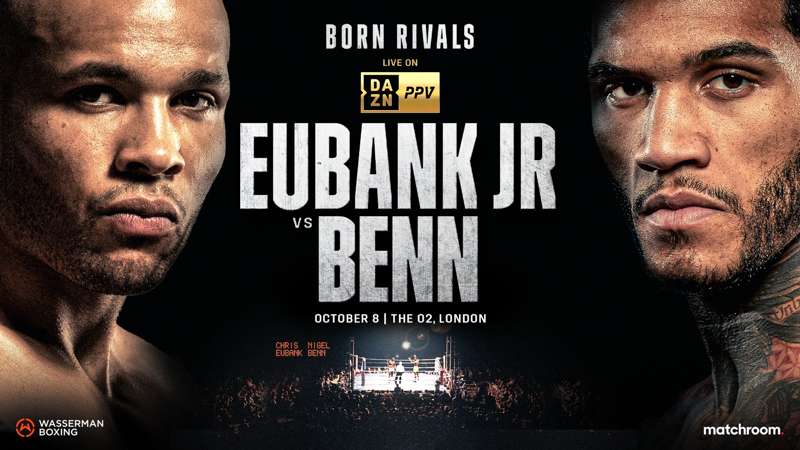 Saturday's fight between Chris Eubank Jr. and Conor Benn has been postponed.

The fighters were scheduled to meet on Saturday, but Matchroom Boxing and Wasserman Boxing released the following statement on Thursday:

"After discussions with various parties, we have taken the decision to formally postpone the bout between Chris Eubank Jr. and Conor Benn. It is undeniable that the British Boxing Board of Control's decision to withdraw their sanctioning was procedurally flawed and without due process. That remains a legal issue between the promoters and the Board which we intend to pursue. However, whilst there are legal routes to facilitate the fight taking place as planned, we do not believe that it is in the fighters' interests for those to be pursued at such a late stage, or in the wider interests of the sport. As promoters, we take our obligations and duties very seriously, and a full investigation will now need to take place. We will be making no further comment at this time and news for ticket holder refunds will follow."