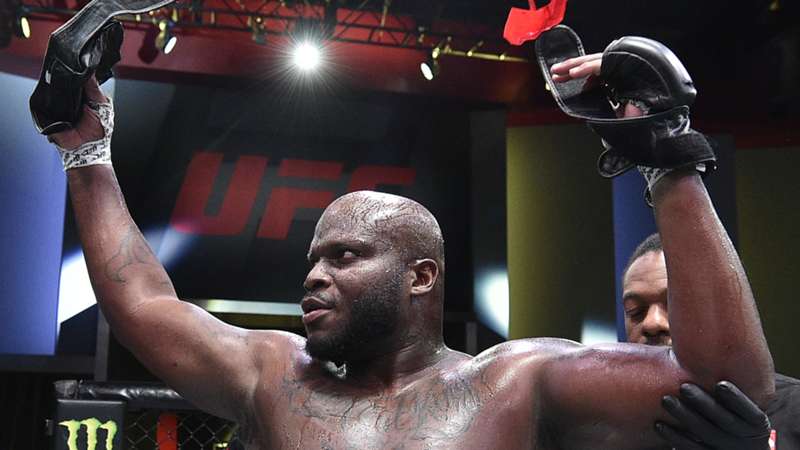 Everything you need to know about the pay-per-view event Saturday night.

Derrick Lewis' one-punch power has already made him the UFC’s all-time heavyweight knockout leader with 20.

Now, if he could figure out the complex technically-sound puzzle that is Ciryl Gane, Lewis can walk out of the Octagon as a champion. Lewis clashes with the undefeated Gane for the interim heavyweight championship in the main event of UFC 265 in front of his hometown crowd in Houston, Tex., and live on pay-per-view, Saturday night.

“Just like everyone else — he just hasn’t run into me yet,” an unfazed Lewis told DAZN News about Gane's undefeated streak. "The way his fighting style is, he’s not really trying to finish the fighter. He’s just going out there doing karate, kickboxing and trying to win by points. His opponents just don’t see that. I know I see straight through it. I’m going out there looking for a finish and for it to be a very exciting fight for myself.”

Lewis is coming off a devastating second-round KO of Curtis Blaydes in February, while Gane stayed perfect by outpointing Alexander Volkov for a unanimous decision win in June.

The winner will certainly push himself to an imminent showdown with UFC heavyweight champion Francis Ngannou. Lewis can take extra solace knowing that he defeated Ngannou by unanimous decision back in July 2018.

Will Lewis make Gane the latest victim of his knockout highlight reel or will the French contender puzzle and edge the veteran?

Here's everything you need to know about UFC 265: Lewis vs. Gane.

The UFC 265: Lewis vs. Gane main card pay-per-view launches at 10 p.m. ET/3 a.m. BST, before the headliners walk into the Octagon at approximately midnight ET/5 a.m. BST. Although that depends on the length of the earlier fights.

In the United States, MMA fans must order UFC 265: Lewis vs. Gane exclusively via ESPN+ pay-per-view for $69.99. Over in the United Kingdom, fans can watch the event via BT Sport.

UFC 265 takes place live from the Toyota Center, home of the NBA's Houston Rockets, in Houston, Tex. This will mark the fifth time that Lewis fights in his hometown of Houston, having last delivered a unanimous decision victory over Ilir Latifi in February 2020 at the very same venue. Meanwhile, Gane will be fighting in H-Town for the first time in his pro career.

As of Thursday, BetMGM has Gane slated as the favorite at -350, meaning a $350 bet will land you $100 if the French fighter is victorious Saturday night. Lewis is installed as the +280 underdog, spelling a $100 bet can net you $280 if "The Black Beast" ends Gane's undefeated streak.