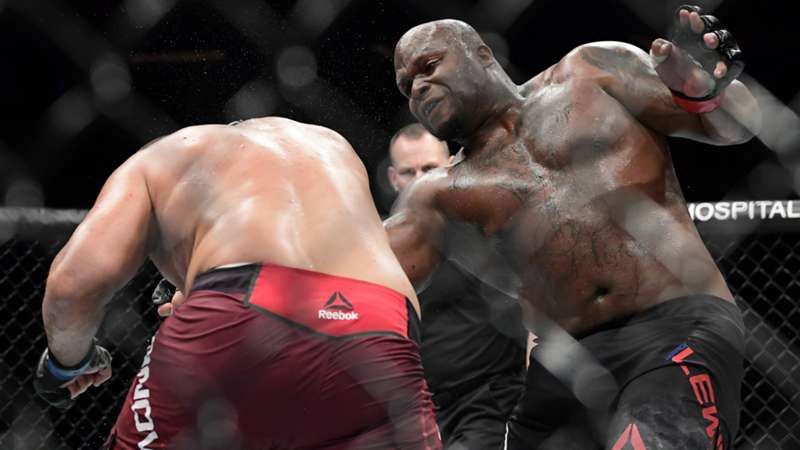 Derrick Lewis and Aleksei Oleinik will each be looking to push himself further up the ranks in the heavyweight division during the main event of UFC Fight Night on Saturday.

Derrick Lewis has been taken the distance his last two times out, but managed to have his hand raised in each of those fights.

The veteran heavyweight will now look to make it three straight victories when he faces Aleksei Oleinik in the headliner of the UFC Fight Night card at the UFC Apex in Las Vegas on Saturday, Aug. 8.

The 35-year-old Lewis (23-7) bounced back from losses to Daniel Cormier and Junior dos Santos with a split decision win over Blagoy Ivanov in November and a unanimous nod over Ilir Latifi in February. That being said, he may have his hands full with a game Oleinik (59-13-1), who will be looking to secure his 60th professional victory.

Oleinik, 43, has also rebounded from back-to-back losses (to Alistair Overeem and Walt Harris) and is riding a two-fight winning streak himself in this late career surge. The Russian submitted Maurice Greene with a second-round armbar in January before earning a split decision over Fabrício Werdum in May in what has been a momentum-building 2020 for the fighter.

Which combatant will push his winning streak to three and further himself along in the heavyweight ranks? MMA fans will find out this weekend with the next installment of UFC Fight Night, whose co-main event pits Omari Akhmedov vs. Chris Weidman in middleweight action.

Here's everything you need to know about UFC Fight Night: Lewis vs. Oleinik.

When is Derrick Lewis vs. Aleksei Oleinik at UFC Fight Night?

The UFC Fight Night: Lewis vs. Oleinik card is available on ESPN+ in the United States.

In Canada, Lewis vs. Oleinik is available on TSN2 and TSN5.

In Germany, Austria, Spain and Italy, the main card (03:00 CEST Sunday) is available on DAZN, the global sports streaming service.

To find out how to watch in other countries, visit UFC.com.

How much does Lewis vs. Oleinik cost?

In the U.S., an ESPN+ subscription costs $4.99 per month or $49.99 annually. Current members can enjoy UFC Fight Night: Lewis vs. Oleinik as part of your subscription.

Pricing varies globally, depending on your region.

Where is Lewis vs. Oleinik taking place?

UFC Fight Night: Lewis vs. Oleinik is set to happen at the UFC Apex in Las Vegas. The sprawling complex has been a go-to venue for the company as the world continues to battle the COVID-19 pandemic.