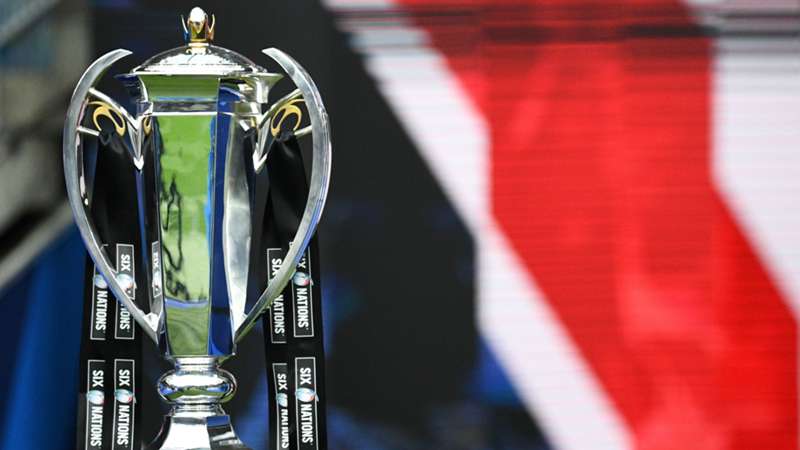 The Six Nations Championship is here for another go-round, with Wales looking to retain the title.

The Welsh came within a win of completing a Grand Slam last year, but they fell to France on the final day of competition. Regardless, they head into this year's tournament as champions, and the Welsh will have another chance to run the table when the action kicks off on Feb. 5.

Meanwhile, the French will look to build on that final victory over the champions, as they finished second in last year's competition. Then, France opens the tournament against Italy in a mismatch that could provide Les Bleus with a boost out of the gates.

Elsewhere, look for England, Scotland, and Ireland to throw their respective hats in the ring for the title, while the Italians are looking to avoid claiming the Wooden Spoon for the seventh straight year.

THE SIX NATIONS IS BACK AND YOU CAN WATCH IT ALL LIVE ON DAZN 🙌 pic.twitter.com/fne4DEG9E0

Here's everything you need to know about the 2022 Six Nations championship:

Which teams are competing in the 2022 Six Nations?

What channel is showing the 2022 Six Nations?

In the UK, the games will be split between major networks BBC and ITV, which are available on any licenced television set as well as all digital and Freeview set-ups. In addition, all Wales games can be viewed on S4C with Welsh commentary, inside or outside of Wales.

All three networks have streaming services that allow viewers to watch the games on the go, if you download BBC iPlayer, ITV Hub and the S4C app on your device.

In the US, NBC is the official rightsholder for the Six Nations and will screen on their 'Peacock Premium' subscription service.

DAZN, the global streaming service, holds the rights to the Six Nations in Canada and other select countries. Canadian viewers can find out more information here.

More details about how to watch in other countries can be found at sixnationsrubgy.com.

Details on how to watch each game can be found below.