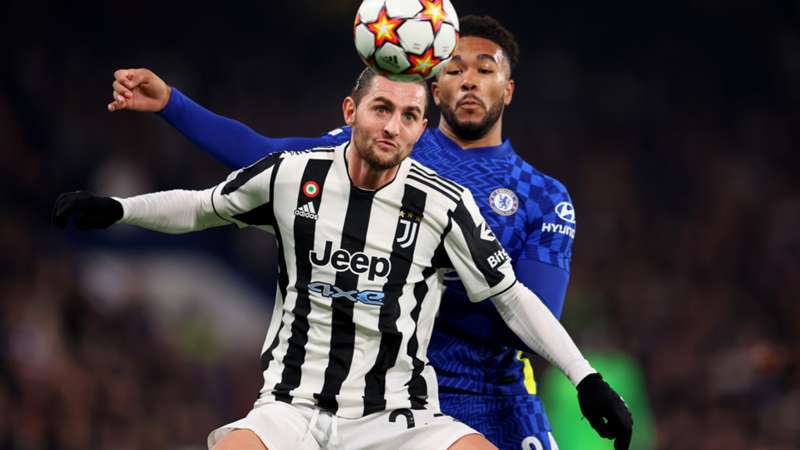 The Premier League side put on a clinic in a dominant Champions League group-stage win on Tuesday.

On Tuesday, Chelsea needed a big performance against Juventus to grab hold of the top spot in Group H of the 2021-22 UEFA Champions League, and the Blues got just that.

The London side claimed a 4-0 victory against the visiting Bianconeri at Stamford Bridge, good enough to allow Chelsea to leapfrog into the group lead with a single match remaining. Juve entered Tuesday's contest three points up, but the hosts were dominant throughout as they wrested control of the group away from the Italians.

Chelsea got the proceedings underway in the 25th minute when Trevoh Chalobah struck from in close to put his side in the lead. Chalobah was quickest to react after teammate Antonio Rüdiger chested the ball down after a corner kick, with the 22-year-old hitting a right-footed half-volley past Juventus goalkeeper Wojciech Szczęsny.

The visitors were able to stifle Chelsea for the remainder of the half, but the hosts broke the game wide open early in the final frame. Reece James, who was denied late in the first half by a wonderful Szczęsny save, would not be kept off the scoresheet a second time as he hit a hard, low drive from a sharp angle past the Juve 'keeper in the 55th minute.

Callum Hudson-Odoi added his name to the goal scorers list just three minutes after James' strike. Hudson-Odoi was the beneficiary of some fancy footwork by Hakim Ziyech. He received the ball near the penalty spot and danced between four Juventus defenders before laying off to his teammate for a quick left-footed shot over a diving Szczęsny.

From that point on, the result was never in doubt, as Chelsea was content to run out the clock with the match already decided. They added a fourth goal, via Timo Werner, deep into stoppage to put an exclamation mark on a banner night for the defending Champions League title holders.

With both teams tied on 12 points five games played, Chelsea assume the top spot with more goals scored and a better goal differential.