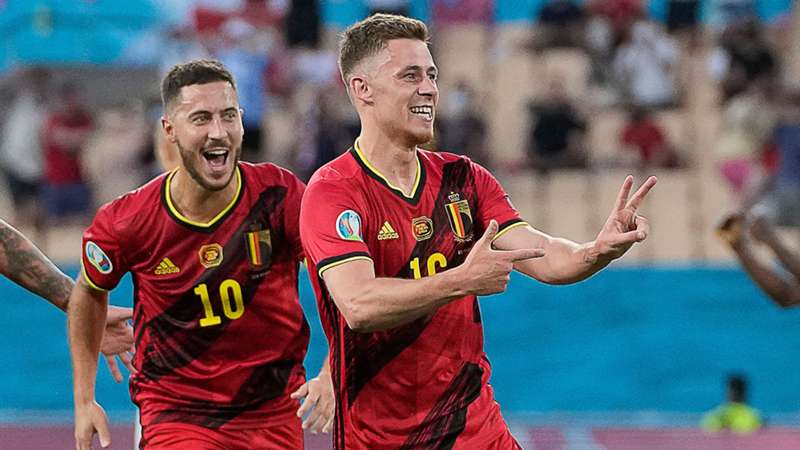 Could we see some high profile exits from the group stages of the 2022 World Cup.

The final matches of the group stages continue with games from each group kicking off simultaneously. The DAZN Bet Traders have looked at each of the matches from Groups E and F, providing a selection from each.

Morocco’s impressive 2-0 victory over Belgium means that they will progress to the knockout stages for just the second time in their history if they can avoid a defeat against Canada.

The Canadians have been a breath of fresh air during the World Cup, showing a fearless attitude against the two fancied sides in the group, but unfortunately their 4-1 defeat against Croatia means that they have already been eliminated from the tournament.

After keeping clean sheets in their first two games, Morocco are now just 90 minutes away from becoming the first African side to make it through the group stages of a World Cup without conceding a goal.

Despite their participation ending after this match, Canada will be determined to avoid a repeat of their only previous World Cup campaign in 1986 where they lost all three of their group fixtures in Mexico.

Morocco might be on the verge of creating history themselves, but Canada have shown enough to suggest that they are more than capable of rounding off their tournament with a victory.

Despite conceding early, Croatia were able to overcome Canada in their latest fixture, leaving them needing just a point from their match against Belgium to reach the knockout stages.

Belgium’s defeat to Morocco means that they will need to beat Croatia to reach the last 16, a draw would only be enough for the Red Devils if the Moroccans lost to Canada by at least a four goal margin in the other Group F fixture.

With so much at stake, it’s easy to see why this match is too close to call. Belgium just haven’t looked convincing in Qatar, and they could come undone against a Croatian team that needed a wake-up call from Alphonso Davies to spark their campaign in to life.

The Croatians went on to create chances with relative ease in that game, and if Belgium show the same sort of defensive worries here then they could very well see their campaign come to an end.

All four sides still have a chance of progressing from Group E on Thursday, and the teams currently sitting 3rd and 4th will square up when Costa Rica face Germany.

Costa Rica’s 81st minute victory over Japan means they will definitely progress to the last 16 with a victory, while a draw would also see them through if Spain beat Japan in the other match in Group E.

Germany needed a late equaliser to get a point against Spain, and a win here should be enough to see them through.

Germany find themselves in a similar position to four years ago, and they will be keen to avoid another final group game embarrassment in Qatar. Their performance against Spain was a vast improvement on the showing against Japan. Although they still had wobbles defensively, there was a lot more urgency in an attacking sense.

Serge Gnabry has had the most shots for Germany in this World Cup but he is still yet to score, we are hopeful that he can finally get his name on the scoresheet on Thursday.

Japan’s loss to Costa Rica means they missed out on progressing with a game to spare. They are now likely to need a victory over Spain to avoid an early elimination.

Spain also failed to capitalise on a dominant display in their opening game, but despite only picking up a point against Germany, a draw on Thursday will be enough to see them progress to the next phase.

It looks like the defeat to Costa Rica may have cost Japan their place in the last 16. Knowing that they need a positive result, Luis Enrique will not have the luxury of being able to rotate his squad. That effectively means that we can expect largely the same line-up from their two previous games to start against Japan.

Alvaro Morata has made two appearances off the bench so far in the tournament, and he has taken full advantage of his limited time on the pitch with two goals and an assist to his name. It would be no surprise if there wasn’t another late showing from the Atletico Madrid forward, and we fancy his chances of closing out the scoring and staking a claim for a position in the Spanish starting line-up for the remainder of the tournament.