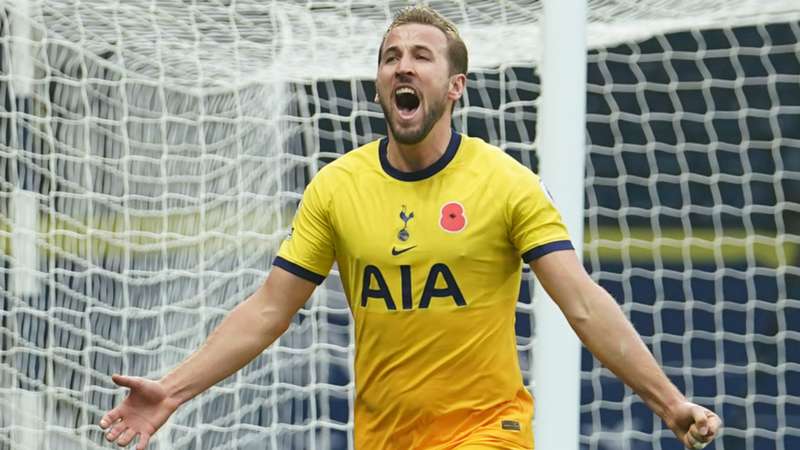 The 28-year-old was not included in Spurs' season-opening squad.

Harry Kane has not been included in Tottenham's squad for Sunday's Premier League match against Manchester City.

The 28-year-old missed most of Tottenham's pre-season amid speculation of a transfer away from north London, but The Athletic reports that Kane's exclusion on Sunday is due to lack of fitness rather than an impending move.

Your team to face @ManCity! 🙌 pic.twitter.com/BUFdDIMny8

Kane's pre-season was truncated by his involvement with England at Euro 2020, keeping him away from Spurs training until earlier this week. Despite his lack of involvement, new Tottenham boss Nuno Espirito Santo hinted on Friday that Kane could feature off the bench in Sunday's match, depending on how the player's training progressed over the weekend.

Tottenham's opponent on Sunday has been heavily linked to Kane throughout the summer, with City manager Pep Guardiola confirming the Sky Blues' interest earlier this month. Kane reportedly desires a move to the Etihad Stadium, but Guardiola stated that Spurs' lack of interest in selling the player ends any possibility of a transfer.

“If Tottenham don’t want to negotiate, it’s finished,” Guardiola told reporters. “If they are open to negotiate, I think not just Man City but many clubs in the world want to try to sign him.”