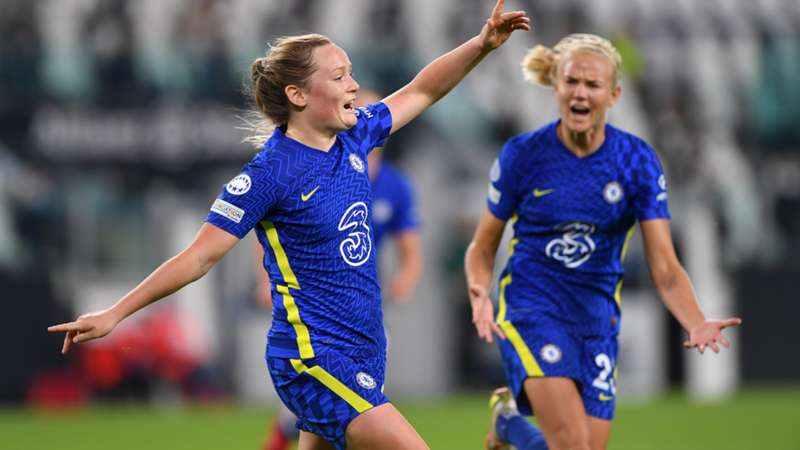 The London side claimed all three points at Allianz Stadium.

Chelsea walked away from Wednesday's Group A match at Juventus with a valuable victory, coming away 2-1 winners in a hard-fought match in Turin.

Erin Cuthbert and Pernille Harder were on target for the Blues, while Barbara Bonansea scored for the Bianconeri.

The match was dominated statistically by Chelsea, who enjoyed 63 percent possession and completed over 200 more passes than the home side. However, Juve were fine conceding possession to their visitors as they proved stout defensively and difficult to break down.

Even so, it was the Londoners who struck first, with Cuthbert finishing an impressive solo effort to give her side the lead in the 31st minute. Juve responded quickly, as Bonansea ran onto a lofted ball into the Chelsea area and volleyed past goalkeeper Ann-Katrin Berger to level the match six minutes after Cuthbert's opener.

BONANSEA PULLS ONE BACK FOR JUVENTUS 🤯

The Blues regained the lead with just over 20 minutes remaining, with Harder pouncing on a loose ball and smashing home from close range. Chelsea had worked their way into the Juventus penalty area, leading to a Sam Kerr attempt from 10 yards out that was well blocked by the defence. However, the ball fell fortuitously to Harder, who made no mistake in firing her first-time effort behind a helpless Pauline Peyraud Magnin.

Juventus would mount a late push for an equalizer, but it wasn't to be as Chelsea held on for the full three points.

Elsewhere on Wednesday, Paris Saint-Germain, Wolfsburg and Real Madrid all ran out 5-0 winners.

Wolfsburg also jumped to a three-goal first-half lead, with an early brace by Tabea Wassmuth, against visiting Servette. Svenja Huth, Dominique Janssen and Joëlle Smits also got on the scoresheet for the German side.

Meanwhile, Madrid also benefitted from a first-half hat-trick as Caroline Møller struck three times within the opening frame against Breidablik. The Spanish side are tied on points with PSG but sit second in Group B due to having scored one fewer goal so far.