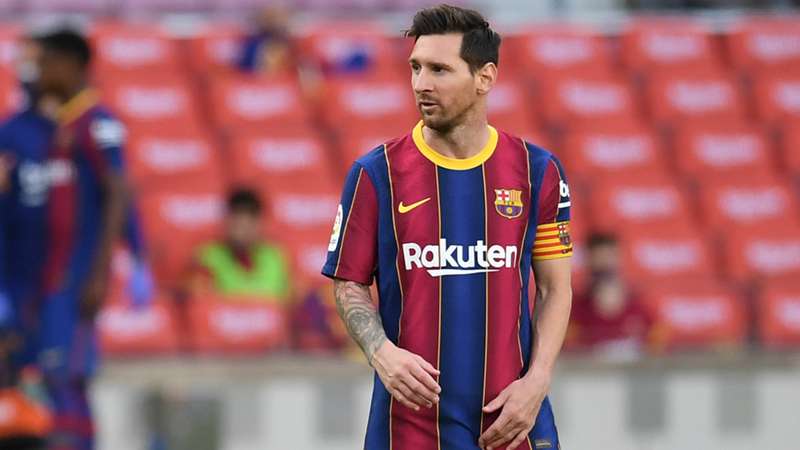 The Argentine had been with the club since 2000.

The on-again, off-again saga between Lionel Messi and FC Barcelona has seemingly come to a close as the club announced Thursday that the 34-year-old would not be returning to Camp Nou for the upcoming La Liga campaign.

Despite several reports surfacing in recent weeks that the superstar was set to re-up with the only club he's ever played for, Messi was unable to sign a new contract with Barca. Messi is officially a free agent after his previous deal expired earlier this summer, although there had been early indications that he intended to return to the Catalan side.

However, after reports surfaced Thursday that talks between Messi and Barca had hit a snag, the club made the news official on its website.

"Despite FC Barcelona and Lionel Messi having reached an agreement and the clear intention of both parties to sign a new contract today, this cannot happen because of financial and structural obstacles (Spanish Liga regulations)," the statement read.

"As a result of this situation, Messi shall not be staying on at FC Barcelona. Both parties deeply regret that the wishes of the player and the club will ultimately not be fulfilled.

"FC Barcelona wholeheartedly expresses its gratitude to the player for his contribution to the aggrandisement of the club and wishes him all the very best for the future in his personal and professional life."

Messi has spent his entire professional career with Barcelona, moving from his natve Argentina in 2000 to join the team's famed academy. He made his first-team debut during a friendly in November 2003 and became a regular shortly thereafter. Since then, the Argentine has become the face of the club as he's ascended to legendary status as one of the best-regarded footballers of all time.

Now, after more than two decades and countless trophies together, the player and club are parting ways.

Messi will have no shortage of potential suitors after leaving Barcelona, but only Paris Saint-Germain and Manchester City are seen to have a realistic shot at landing his signature.